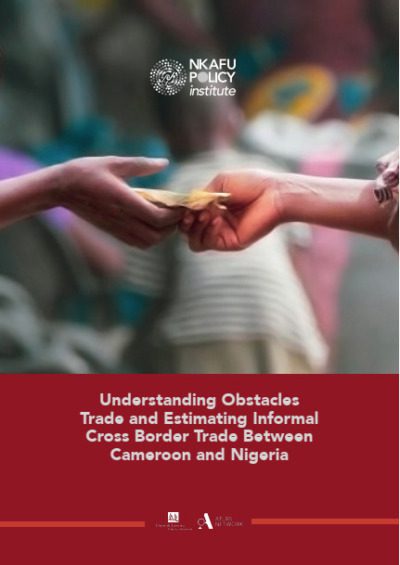 The removal of barriers to trade between Cameroon and Nigeria is of strategic importance for closer economic integration between the economic blocs of West and Central Africa, and to generate a free trade in the scale of Africa by 2017, an objective repeatedly emphasized by African governments. Linking up the different economic groupings through improved infrastructure, better market access, greater transparency, and simplified border procedures could also help in supporting domestic reforms and those initiatives aiming at removing internal barriers within ECOWAS and CEMAC, where progress has been slow. Removing barriers to trade between the two blocks will particularly benefit those people living in border areas. The border areas in both countries are relatively remote from economic centers in their economies, and at the fringes of the two economic areas, ECOWAS and CEMAC.

This report examines the implications for trade in the informal sector which employs over 80% of the workforce in both Cameroon and Nigeria. Economic development must account for the contribution of the informal sector even as Cameroon envisages a transition to greater formalization over time.

Creating links between these relatively isolated areas will increase consumer choice and allow producers to benefit from larger markets, better access to the intermediate inputs they need, and allow them to exploit economies of scale. This could generate substantial income and employment opportunities for the population in border areas and beyond. It could also help lower the costs of key commodities such as food staples that are traded across borders and help ensure a more reliable and affordable supply of foods and other essentials, especially for the most vulnerable members of the population.