Gender-Based Violence: Beyond the Crises in Cameroon and Effects on Mental Well-Being

Gender-Based Violence: Beyond the Crises in Cameroon and Effects on Mental Well-Being

Gender-Based Violence (GBV) refers to psychological, physical, or sexual harm committed against an individual against their will. GBV stems from societies or environments that promote gender inequality, where masculinity is perceived as superior to femininity and where patriarchy is encouraged (4). In Cameroon, like in most countries across the world, violence against women and girls is a disturbing truth. Though many people attribute it to violent armed conflicts, GBV has been an existing reality in Cameroon prior to the crisis in the Northwest and Southwest regions, and it occurs even in areas where guns are silent.

Disasters like the armed conflict and the COVID-19 have only come to exacerbate the GBV, which in turn has orchestrated its own impact like trauma. But to combat violence toward women and girls, we need to address the underlying causes that were already in place before emergencies struck.

According to UNIVERSAL DECLARATION OF HUMAN RIGHTS (1948, art. 5), “No one shall be subjected to torture or to cruel, inhuman or degrading treatment or punishment” (1). Although such pronouncements seem progressive and convincing on paper, this has not been the reality for women and girls in many countries, including Africa and Cameroon in particular.

Over the past few decades, gender-based violence has increasingly come to be recognized as a serious problem at the international level, not only for women but also for the attainment of equality, development, and peace. The issue has also become a priority for women’s organizations in sub-Saharan Africa and a subject for feminist thought during the United Nations Decade for Women: Equality, Development and Peace, and in recent years governments in sub-Saharan Africa have also begun to devote attention to the issue (2).

GBV is a serious historical and global problem that has been described by the United Nations Children Emergency Fund (UNICEF) as “the most pervasive yet least visible human rights violation in the world.” It is a social issue that cuts across all people of all groups and one that is prevalent in all levels of social and economic standing in human society (3).

Estimates published by WHO indicate that globally about 1 in 3 (30%) of women worldwide have been subjected to either physical and/or sexual intimate partner violence or non-partner sexual violence in their lifetime (5). In Cameroon, like in most countries across the globe, violence against women and girls is a preoccupying reality. There has been a dramatic increase in sexual violence and assault cases toward women in the North and the Anglophone Northwest and

Southwest regions of Cameroon, and it is reported that the main perpetrators of the attacks are “armed separatists, military personnel and civilians.” Children and women have been the main targets of sexual violence during the conflict that has caused mass displacement and harm in Cameroon since 2016 (6).

However, Gender-based violence in Cameroon has been an existing reality prior to these crises and occurs even in areas where guns are silent. As a result, the mental health condition of the abused women and girls may be affected, including depression, anxiety, posttraumatic stress disorder (PTSD), and substance use disorder.

These conditions significantly increase the risk of attempted or completed suicide amongst women. Studies have shown that psychological violence is as detrimental to mental health as other forms of violence, thus equally increasing the prediction of PTSD mental health disorders (7).

GBV Recurrent in the Silent Areas: Analyzing the Female Fear Factory and the Trauma it Causes

Prior to the violent armed conflicts in Cameroon, Gender-based Violence had been crippling society and undermining the rights of women and girls.

In all, 56.4% of women in Cameroon have suffered emotional and/or sexual violence. To put it straight, humanitarian situations, be they natural or human-made disasters, don’t generate but rather exacerbate the rates of gender-based violence (8). Such violation is the manifestation of the pervasive, systematic, and structural discrimination girls and women face. Nevertheless, GBV is not only found in areas of crisis.

Violence against women and girls is a widespread issue that can take place in the workplace, online, in the dark streets, in schools and universities, in prisons, and in hospitals. Their perpetrators are not only armed men but can also be their intimate partners, family members, neighbors, or strangers. It is estimated that 43.2% of women in union are confronted with domestic violence, 39.8% and 14.5% respectively face emotional and sexual violence, and nationally 20.1% of women were reported to have been forced to have sex for their first sexual relationship (9).

This is the reason why examining the broader picture of the GBV beyond the crisis is critical, as it has rendered women powerless or reminds women of how powerless they are and that men have the ultimate control. The viciousness which accompanies the violence women have been subjected to in Cameroon is clearly portrayed in their mental health in the following ways; the risk of developing major depression, PTSD, substance use issues, or becoming suicidal (10).

We know that women who experience mental health concerns are even less likely to report that they have experienced violence, as their mental health is often used to discredit their experiences or to blame them for what happened (11). When combined with other reasons that

some women are more vulnerable to violence, such as living in poverty, immigration status, and discrimination due to age, race, and sexual orientation, the barriers to accessing support are real.

1) To effectively mitigate GBV and its drastic effects on the mental well-being of its victims, it is important to take into consideration that each GBV victim is marginalized in a unique way. Thus, measures taken need to be carefully and detailly put in place.

3) Men should be informed of the stakes of violating the rights of women and girls. This could be done through awareness workshops and seminars.

4) Available report stations/follow-up commissions should be put in all remote areas wherein victims of such violations could report and be taken care of through both physical and psychological check-ups until these victims fully recover.

5) On an individual level, we can inform ourselves of the ways that both violence and mental health concerns affect the people close to us. Being there as non-judgmental support, listening, and offering to help find resources are all good ways to break the stigma and the isolation that women experiencing violence often feel. Challenge ideas, jokes, and “locker room talk” that justify violence or that shame people who are dealing with mental health issues. Support organizations are addressing gender-based violence and mental health in your community (12).

6) There should be a close collaboration of the state (NCHR) with other stakeholders like NGOs, CSOs, and IGOs in taking necessary measures to not only protect them but equally train them in a trade that will eventually yield their revenue.

7) Crimes of passion should be highly considered and punished by law because everyone has the right to life, freedom, and security of a person (13).

Deep-rooted patriarchy and continuous gender inequality have continued to negate women’s values in society. This has inevitably made women and girls more vulnerable to shocks and stresses, including gender-based violence. Thus, effective violence prevention and a joint response that deracinate its causes and supports human and women’s rights entail a larger comprehension of inequalities. 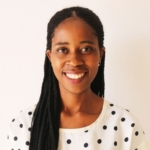