Rethinking Fiscal Policy to Overcome the Debt Problem in Cameroon 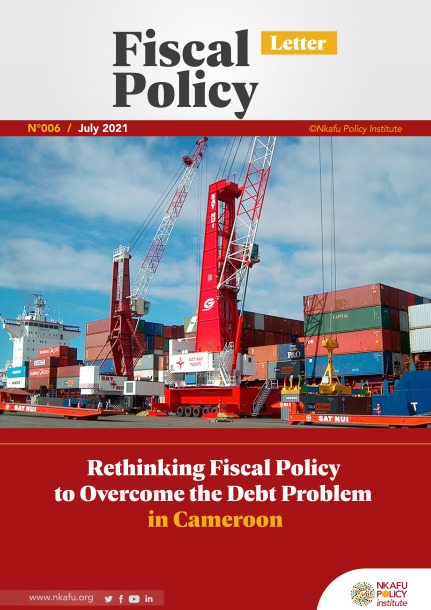 In 2009, Cameroon adopted a major development vision to become an emerging country by 2035. To achieve this, the country defined a series of structuring projects that are essential to boost its industrialization and competitiveness. These projects include the construction of transport and telecommunications networks as well as hydroelectric dams. In addition to these major infrastructure projects, which require a significant financial investment by the state, the country has been affected since 2013 by the backlash of social and political tensions in the Central African Republic as well as the exactions of the terrorist sect Boko Haram, which have been recurring in the northern region since 2014. In addition, in 2016, Cameroon was plunged into a socio-political crisis that is becoming more widespread in its northwest and southwest regions. The humanitarian and social effects of this crisis (loss of human life, internal displacement, influx of refugees) have been further exacerbated by the COVID-19 pandemic, and the economic and financial impacts are increasingly being felt.

In order to achieve its development objectives on the one hand and to strengthen its economic resilience to various shocks, on the other hand, the Cameroonian government is increasingly resorting to debt, which calls into question, to some extent, the effectiveness of Cameroon’s fiscal policy. Defined as all measures and decisions taken by the government and public authorities in terms of taxation, fiscal policy participates in economic policy by contributing to the financing of public expenditure and the redistribution of income. It also aims to reduce the tax burden in order to boost consumption and stimulate growth.

This fiscal policy letter analyses the budgetary situation of the State of Cameroon, with emphasis on the role that fiscal policy could play in reducing Cameroon’s debt burden on economic development. After analyzing the viability of Cameroon’s public debt on the basis of the criteria adopted by international institutions such as the International Monetary Fund and the World Bank, this paper defines some fiscal policy strategies that could help keep Cameroon’s economy on track for emergence by 2035. It shows that Cameroon’s debt remains viable, but its liquidity and solvency ratios indicate that the treasury may find itself in financial difficulty over the next decade to meet debt service and principal repayments.

The main fiscal policy recommendations to avoid this situation include defining and implementing a special tax regime for business support structures; following the Mauritius model by setting a sufficiently low corporate tax rate for all domestic companies; temporarily exempting domestic firms from corporate tax when they list their shares on the BVMAC; setting a time limit for the preparation, declaration and payment (or deduction at source) of corporate income tax, value-added tax, and social security contributions.