Report on the Effects of BEAC’s Monetary Policy In Cameroon 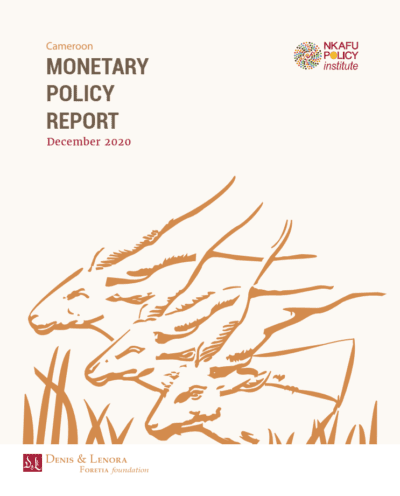 With an estimated population of about 26,709,663 in 2020, Cameroon is a Central African country bordering Nigeria, Chad, Central African Republic (CAR), Republic of Congo, Gabon, Equatorial Guinea, and the Gulf of Guinea. The country has 10 Regions, 58 Divisions and is populated by 283 ethnic groups. Because of its great climatological, mining, geographical, cultural, and human diversity, Cameroon is described as Africa in miniature. The economy of Cameroon accounts for more than 40% of CEMAC’s GDP and is the most diversified in the region. It is essentially based on the exploitation of various export products – oil, tropical woods, Arabica and Robusta coffee, cocoa, rubber, cotton, bananas, aluminum, palm oil, etc. Oil revenues represent, on an annual average, about 12% of the country’s total revenues (LFR, 2020).

However, since 2009, the country has been facing a major security crisis caused by incursions by the Boko Haram terrorist sect in the Far North. They have also been facing socio-political unrest in the English-speaking regions of the North West and South West, whose security situation has deteriorated since the end of 2016. The situation remains volatile in these regions despite the holding of the first-ever regional elections. After a deceleration phase following the 2014 commodity crisis, growth in the economy of Cameroon slightly strengthened in 2018 (4.1 percent compared to 3.5 percent in 2017) before decreasing in 2019 (3.7 percent).

In addition to these major security crises, the economy of Cameroon has been suffering for several months, the effects of the pandemic related to the spread of the new coronavirus (COVID-19). The economic and social impacts recorded since the outbreak of the pandemic in March 2020 include, among others the slowdown in economic activity due to the containment measures put in place to curb the spread of the disease, the drop in internal and external demand, the depreciation of the US dollar by 2.1% to 573.8 FCFA/dollar, the collapse of prices on the commodities market, particularly crude oil ($41.69 per barrel, compared to $61.39 per barrel in 2019, a drop of 32.1%), the consequent drop in export and tax revenues (sharp deterioration in the terms of trade of nearly 22.4%), the revision of the state budget (set at 4,409 billion CFA francs as of June 3, 2020, compared to 4,951.7 billion CFA francs in the Finance Law adopted on December 24, 2019, a decrease of 542.7 billion CFA francs), the revision of growth forecasts from 3.8% to -3.5% in 2020 by the IMF (2020), the budget deficit to 4.5% according to the Amending Finance Law adopted on June 3, 2020, against 1.5% initially forecast), the balance of payments deficit at 5.7%, not to mention the increase in public debt (estimated at CFAF 10164 billion, or 45.8% of GDP against CFAF 8,384 billion, or 37.4% of GDP in 2019). The government had presented a socio-economic response plan estimated at FCFA 479 billion over three years, including FCFA 180 billion in 2020.

With a similar impact on aggregate demand and/or aggregate supply in the various countries of the Economic and Monetary Community of Central African (CEMAC), the health crisis linked to the coronavirus pandemic is similar to asymmetrical shock. In a monetary union such as the Monetary Union of Central African (CAMU), the stabilization of this type of shock is the responsibility of the monetary policy, which is unique and implemented by the Bank of Central African States (BEAC). However, the effectiveness of the monetary policy decisions taken by the central bank should be reinforced by the states’ orientations in terms of fiscal policy. In this case, better coordination of fiscal policies would make it possible to internalize the externality and place the aggregate deficit of the zone at an optimal level, taking into account the endogenous response of the interest rate.