An Analysis Of The Legislation About Business Creation In Cameroon

Small and Medium-sized Enterprises (SMEs) represent the main driver of economic growth both in developing and emerging economies. Statistics from the World Bank show that in emerging economies, 40% of the national income (Gross Domestic Product – GDP) and 60% of total employment are attributed to formal SMEs. In developing economies, Cameroon included, SMEs have the potential to contribute more to the GDP and the level of employment. But they face several obstacles that prevent them from flourishing. Among these obstacles, legislation is among the main barriers to business creation. This article, therefore, analyses the contribution of legal aspects to business creation in Cameroon. Our analysis focuses on the following aspects: the legal framework, the documents required to open a business, and the regulatory and fiscal repression.

The legal framework of business creation in Cameroon

A close observation of the ‘‘Starting a Business Indicator’’ in the Doing Business Index of the World Bank, from 2007 to 2020, shows that Cameroon is among the worst countries where starting up a business is not easy for entrepreneurs. Indeed, the co-existence of two business laws has not yet permitted the country to improve its ranking. These Laws include the OHADA Law of 1997 revised on the 30th of January 2014 and the Law No. 2016/014 of 14th December 2016 by Cameroon’s authorities. The First Law states that it is no longer an obligation for the registered capital of private limited companies to amount up to one million FCFA. The second Law lowers the minimum registered capital of a Limited Liability Company (LLC) in Cameroon to 100,000 FCFA.
Instead of boosting the creation of more LLCs in the country, the above reforms have led, in practice, to the creation of more Sole Proprietorship Companies (SPC) referred to as “establishments”. In other words, it is observed that the majority of entrepreneurs in Cameroon prefer a sole proprietorship rather than an LLC because of its simplicity in terms of documents required and the low cost. Statistics from IFC and OHADA (2018) shows that, in Cameroon, the number of newly registered ‘‘establishments” is fast-growing (from 10,613 in 2015 to 12,373 in 2016) while the number of newly created LLCs is low in comparison (from 2,526 in 2015 to 2,565 in 2016).

The duration of the procedure to open a business in Cameroon

Citizens willing to create an LLC in Cameroon should provide to the Center for Enterprise Creation Formalities with 11 documents approximately.

Once the entrepreneur complies with the requirements to create an LLC, the taxpayer ID and company registration are provided by the Center for Enterprises Creation Formalities within 72 hours in general. However, in practice, this can take more than 72 hours and that is often the rule. Also, in a country where 80% of the population earn less than 200,000 FCFA per month, it is difficult to comply with the cost of producing the above legal documents. This cost, therefore, acts as an entry barrier for aspiring entrepreneurs engaged in formalizing their business ventures. It is also one of the reasons why the majority of entrepreneurs prefer to migrate to the informal sector.

The regulatory and fiscal repression in Cameroon

Cameroon’s employers through the GICAM estimate the fiscal pressure on companies at 57.7% of their results. So, taxation is a huge challenge faced by Cameroon’s entrepreneurs. In the various surveys by the National Institute of Statistics, taxation is among the top five constraints entrepreneurs face when they want to expand their businesses. Moreover, in 2009 and 2016, in the General Enterprises Census, taxation was reported as the first constraint in the development of business ventures in Cameroon.
Besides this taxation, Cameroon’s entrepreneurs are handicapped by the standards imposed on them. Indeed, the majority of innovations are subject to authorization or homologation before marketing. This situation is a form of closure to the market and public space. Several examples can be given. First, an entrepreneur who invents an oximeter to allow patients to measure how well their heart is pumping oxygen through their body independently is obliged to submit its product to the Ministry in charge of Public Health for authorization. Second, the transformation of seasonal fruits into organic juice must undergo a series of costly certifications. Third, a company (Tanty Brand) had preferred to close its peanut oil production line because the required standardization and support procedures were not flexible. 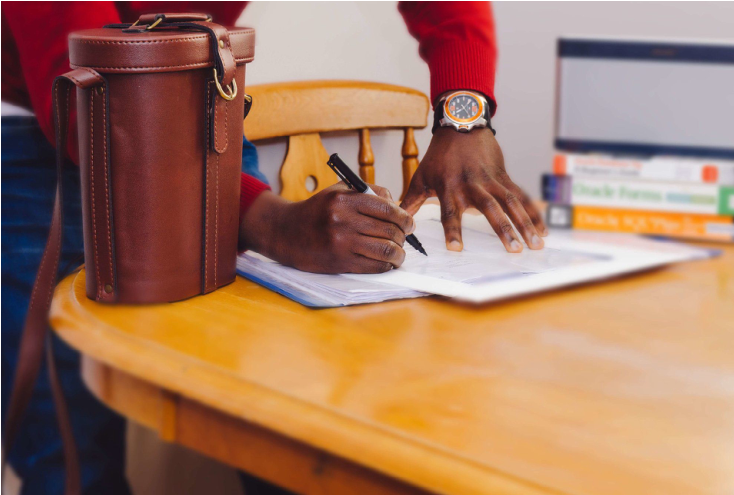 To conclude, the legislation as regards starting up businesses in Cameroon must be improved to permit companies to flourish and catalyze a system that generates economic opportunities for all.