Cameroon’s Specialization in the Export of Primary Products: Strategic Stake …

Cameroon’s Specialization in the Export of Primary Products: Strategic Stake or Colonial Heritage?

In order to leverage their resources effectively, countries tend to specialize in the production of goods and services. Specialization refers to a situation where countries concentrate their efforts on the production of goods where they have a competitive advantage over other countries. According to Adam Smith, specialization is a fundamental principle of trade, which can provide a country with a price and non-price advantage over less specialized countries.

During the colonial era, the management of large plantations, for example, was principally owned by colonial masters, and the agriculture sector witnessed significant growth in the phenomenon of specialization. In the post-colonial era, most of these plantations became government corporations which were later privatized to improve efficiency. After this single gesture (privatization), individuals and enterprises once more engaged in large-scale agricultural practice in commodities such as cocoa, palms and oil palm production, maize, cassava, onion, groundnuts, to name a few. For example, in SOCAPALM, a privatized palm oil company experienced a 1,000% increase in palm oil investment. (Socapalm | Socfin). However, this was only short-lived because of the renewed interest in other sectors (service, manufacturing, etc.).

Bederman (1966) points out that the plantations in Mount Cameroon were the most productive during the German period of colonization (between 1884 -1914). Prior to World War I, a couple of private German firms established palm plantations in the German territories. In the Mount Kamerun area alone, the Germans forcefully used some 400 square miles of the most fertile land (83,000 hectares belonging to the indigenous Bakweri) (Nkongho & Levang, 2015). So, an unabated era of agricultural specialization was witnessed in the country during the colonial reign with the production of crops such as cocoa, palm, and rubber. At this time, value-added from agriculture went as high as 33.65% in the late 1970s.

Figure 1: The Value-Added from Agriculture as a share of GDP from the Colonial era (before the 1980s) to the post-colonial era (the late 1980s)

In 1990 there was a sharp fall in value added by the agriculture sector. This was a period when the economy was still suffering from economic crises, which began in the mid-1980s. Following the structural adjustment program (a set of policies designed to reduce the government participation and encourage a laisser-faire economy), the Cameroon government began privatizing most of the major agricultural firms in a but to revive the full potential of its agricultural sector.

This led to a slow but steady improvement in agriculture from the late ’90s to the early 2000s. Regrettably, there was another downturn in the agriculture sector in 2005; the percentage of value-added of agriculture to GDP came as low as 13.1%. As of 2018, Cameroon exported many other cash crops, cassava, taro, yam, onion, potato, to name a few but became the fifth largest producer of cocoa in the world (https://www.worldatlas.com/articles/top-10-cocoa-producing-countries.html), losing its place as a top cultivator of cocoa to Ghana and Côte d’Ivoire.

The following reasons account for the failing agriculture sector:

Firstly, most of the farmlands which are cultivated by these companies were passed down from the colonial masters and have lost their productivity over time due to soil exhaustion. Also, Cameroon’s major export crops such as cocoa, coffee, plantains, and palm oil are greatly affected by climate factors and price volatility. This has discouraged individuals from investing in agriculture.

Secondly, with the development of other sectors such as the service sector, less attention is given to the agriculture sector. By 2005, the service sector alone contributed over 50% of GDP and has increased steadily since then. (Cameroon Share of services – data, chart | TheGlobalEconomy.com). Meanwhile, agriculture’s contribution to GDP  keeps falling.

With the rising food security issues around the world, the importance of agriculture to the Cameroonian economy cannot be over-emphasized. Also, Cameroon stands as an agricultural powerhouse in Central Africa; if specialization is further enhanced, this will ensure growth and competitiveness in the agriculture sector. This can be realized through one or more of the following approaches.

It is imperative for the relevant manpower to be trained to ensure that the requisite skills set are available to oversee judicious specializations in domains that will further add value to the economy. Curricula in regional cooperative colleges, universities, and other professional schools, as well as short courses, should be harmonized and tailored to respond to the needs of domains of specialization. Given that specialization leads to efficiency, streamlining efforts to hone the skills of actors within defined domains of specialization in the Cameroonian economy will be strategic gainsay to the economy of Cameroon.

It is important for the government to provide incentives to agricultural producers who are promoting specialization in different sectors of production. This can help Cameroon regain its place as a top cultivator of cocoa, which it lost its place to Ghana and Côte d’Ivoire. Incentives in material and financial terms can help farmers minimize losses, encourage their workforce, hence boosting quality employment and produce as well.

Taking the above-listed recommendations into practice, the government of Cameroon will be leveraging on both its colonial heritage of specialization as well as its strategic positioning and foresight in promoting specialization. This can give the country leverage over other competitors while enabling the country to reposition itself as a global leader in some sectors, thanks to specialization. In a nutshell, it is key for Cameroon to leverage on the gains of its colonial heritage while forging its rich and diverse savoir-faire in strengthening the gains made of specialization thus far. The country needs to take a more proactive stance in its specialization endeavors, ensuring that it capitalizes on this practice to improve sectors in which it is practiced, grow its GDP and contribute to improving (Bederman, 1966) livelihoods of Cameroonians. 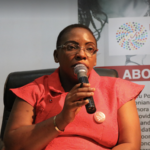 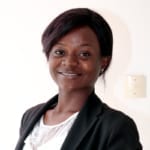 Mary Sandra Ayuk is a research intern in economic affairs at the Nkafu Policy Institute. She holds a B.Sc. in Business Administration and an M.Sc. in Development economics from the University of Yaounde II.

About the Author: Dr. Vera Kum and Ayuk Ntui Mary-Sandra