The MDGs and SDGs In Cameroon: Actors, Evaluation and Perspectives

In line with the global trend, Cameroon signed up to the Millennium Development Goals (MDGs) and the Sustainable Development Goals (SDGs) in 2000 and 2015 respectively, two international agendas that address the challenges of 21st century diplomacy (Caron and Châtaigner 2017: 26). It should be pointed out that globalisation has taken shape with its inherent difficulties: international disorder, socio-economic inequalities, political and health crises, migration and climate change. These are all perverse effects of this global system with its ‘Janusian‘ face that the MDGs and SDGs are supposed to eradicate. These two global development programmes appeared very timely in an African continent described as underdeveloped by the great Western powers and in which new forms of threats (famine, coups d’état, asymmetric confrontations, etc.) are the daily life of the populations. How has Cameroon internalised these objectives? Who are the main actors involved? What is the level of implementation of these global development goals? What are the possible perspectives?

1. Presentation of the MDGs and SDGs

The first agreed international consensus in the standardisation of criteria for evaluating public policies was put in place in the year 2000. These were the MDGs, which enabled the UN to “refocus on development, particularly of the poorest in the ‘Millennium Declaration’” (Trabelsi 2018). Eight (08) goals and twenty-one (21) targets were set in this Declaration for the 2015 deadline namely:

As early as 2012, there was talk of preparing the successor to the MDGs, by broadening not only the horizon of goals but also targets and indicators. The United Nations Conference on Sustainable Development in Rio in 2012 officially launched this transition process and in September 2015, the SDGs were unanimously adopted by the Member States in an official document entitled: “Transforming our world: the 2030 Agenda for Sustainable Development“. It is a universal plan with seventeen (17) goals and one hundred and sixty-nine (169) targets (UN 2015).[1].

2. Actors in the implementation of the MDGs and SDGs

The conceptualisation and implementation of the MDGs and SDGs have involved several actors with different responsibilities. Far from studying the entire chain, the aim here is to present the main international organisations and authorities involved in the implementation of these goals on national territories. At the international level, the United Nations is the undisputed leader on development issues, thanks to its General Assembly and its numerous agencies that work on specific aspects of development[2]. Alongside these agencies, the multilateral development banks, the IMF and the World Bank, also play a key role in achieving global development goals. In 2015, they strengthened their support for the new global development agenda (WB 2005) and continue to offer their expertise on macroeconomic and financial issues to governments.

At the national level, the implementation of the MDGs and SDGs requires the partnership of governments, parliaments, local authorities, the private sector, civil society and citizens. The Government of Cameroon is the main guarantor of their achievement as a signatory of these goals. At the level of the CTDs, it is the locally elected officials who are responsible for the implementation of the MDGs and SDGs. The private sector, for its part, has always been identified as a privileged actor by the State of Cameroon, due to its actions in the field of entrepreneurship, which affects several MDGs (quality education, decent jobs, gender equality, infrastructure and innovation, environment, etc.). In the National Development Strategy (NDS) 2020-2030, it was planned to boost the private sector, giving it a priority and central role in the structural transformation of the economy. However, bottlenecks still undermine the full deployment of the private sector in Cameroon (administrative slowness, high tax burdens, business climate, etc.), which inevitably impacts on the progress of the SDGs.

Finally, civil society and youth associations also play a crucial role in the achievement of the MDGs and SDGs. Faced with the limited resources of the state, these actors have been able over time to establish solid partnerships with international actors, such as certain UN agencies [3] and international non-governmental organisations[4]. It would therefore not be excessive to present them as allies of the government in the achievement of the global development goals.  Having presented the actors of the MDGs and SDGs, it is now time to evaluate them in the specific context of Cameroon.

Evaluation of the achievement of the MDGs and SDGs in Cameroon

1. Evaluation of the MDGs

In Cameroon, eight evaluation reports on the progress of the implementation of the MDGs were produced between 2001 and 2015, as well as regional reports from 2010 (Republic of Cameroon and UN-Cameroon 2017: 17). All these reports present mixed results. This led the Cameroonian public authorities to postpone the deadline for the MDGs to 2020. But one year later, in 2021, some targets remain far from the expected results, while others have deteriorated as a result of the socio-political crises in the far north and in the English-speaking areas of the country[5].

In a document co-written with UN-Cameroon, the Cameroonian government states that it has followed 17 MDG targets out of the 20 identified internationally, only two have been achieved. These are target 1.c (to halve, between 1990 and 2015, the proportion of people who suffer from hunger) and target 6.a (by 2015, to have halted and begun to reverse the spread of HIV/AIDS) (Ibid.). With regard to the fight against hunger, strategies to improve food security and nutrition have indeed been put in place in Cameroon. Apart from the Growth and Employment Strategy Paper (GESP), which defined government policy on agricultural development, other more concrete actions were recorded such as the mobilisation of funds[6] and the creation of specific programmes for the agricultural sector. These include the Programme d’appui au développement de la microfinance rurale (PADMIR), which has facilitated access to credit for small producers. Progress has also been made in the fight against HIV-AIDS. A strategic plan to combat HIV-AIDS was initiated by the government in 2014; before that, targeted actions already showed an improvement in the national prevalence rate. For example, the results of the 2011 Demographic and Health Survey (EDS-MIS 2011) show that HIV prevalence in the general population aged 15-49 years was 4.3% in 2011 compared to 5.5% in 2004. In 2017, this prevalence dropped to 3.4% (CAMPHIA 2017).

In addition, the same government report states that the level of achievement is close to the targets for full employment (1.b); universal primary education (2.a); gender equality (3.a); the fight against malaria and other diseases (6.b); access to drinking water (7.c); housing (7.d) and cooperation with the private sector (8.f). As for the targets relating to poverty, infant and maternal mortality, the Cameroonian authorities acknowledge that achievements remain far from the targets. The poverty index in 2015 was 37.50%, whereas the DSCE forecast a fall to 28.7%; similarly, the level of achievement of infant mortality was 103 for a national target of 38 per 1 000, thus falling far short of the target.

At the regional level, a report by the Economic Commission for Africa (ECA 2015) presents the overall situation of some thirty African countries on the evolution of the MDGs. It shows that Cameroon is among the countries with the lowest poverty reduction rate in 8 years, at 0.3%. The Gambia has seen the greatest reduction, with a 32% reduction, followed by Burkina Faso (26%). Nevertheless, Cameroon has one of the highest rates on the MDG on universal primary education, at 70%.

In sum, it should be noted that only two MDG targets (out of 20) were reached in 2020 in Cameroon. These are targets 1.c and 6.a presented above. These were to reduce the proportion of the population suffering from hunger by 19.40% and to halt the spread of HIV/AIDS. The results of these targets are quite satisfactory in Cameroon, although the COVID-19 health crisis has reinforced socio-economic inequalities. However, real efforts have also been made with regard to full employment (1.b); universal primary education (2.a); gender equality (3.a); the fight against malaria and other diseases (6.b); access to drinking water (7.c); housing (7.d) and cooperation with the private sector (8.f).

2. Evaluation of the SDGs

The evaluation of the SDGs is based on the progress reports on their implementation from 2015 to 2020 and the results will make it possible to predict their level of achievement by 2030. In 2019, the Cameroonian government presented its first Voluntary National Review (VNR)[7] of the SDGs at the High Level Political Forum[8], which took place from 9 to 18 July at the United Nations headquarters in New York. The purpose was to present the results of the progress of the first SDGs pre-selected by the UN Statistical Commission[9]. In view of the large number of SDGs (17), this study will be limited to the evaluation of some of them in order to forecast the general trend of their achievement by 2030.

With regard to MDG 4 on education for all, the report shows that the gross enrolment ratio, which had been rising steadily over the period 2010-2016 (from 25.3% to 39.0%), fell slightly in 2017 to 36.8%. This is particularly due to the unrest in the far north and in the English-speaking areas. If this trend persists, it will be difficult to reach the 100% target for the enrolment rate of the youngest children in Cameroon by 2030.

With regard to MDG 8 entitled: “Promote sustained, shared and sustainable economic growth and decent work for all“, it is noted that the growth of the Cameroonian economy remains 2.4 points away from the DSCE forecasts. Until 2018, it was 4.6% against 7.0% forecast. Similarly, the annual growth rate of real GDP per capita has fallen by several points compared to the forecasts in 2020. It was 3.3% in 2016 and stood at 2.7% in 2017, to evolve significantly to 2.9% in 2018. The Anglophone crisis has had a considerable impact on the Cameroonian economy with the closure and/or slowdown of the activities of several large firms that were supporting the country’s economic growth.

In sum, the current results of the SDGs in Cameroon are perfectible and their 53.37% achievement rate prognoses an even higher score by 2030.

In view of the mixed results of the implementation of the MDGs and SDGs in Cameroon, we make the following recommendations to the various actors, for the achievement of the targets by the set dates.

At the level of the international community:

At the level of the Cameroon government:

At the level of local authorities: 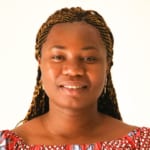 About the Author: Dr Steve TAMETONG and Vanessa Aboudi