L ike many economies in the developing world, economic activity in Cameroon operates within two frameworks—the formal and informal sectors. Integrated into regional and international markets, the formal sector enables government to easily raise revenues through the traditional means of taxation. This is, however, not the case with the informal sector because the government is limited to the imposition of certain fees. In fact, according to the 2009 General Enterprises Survey conducted by Cameroon’s National Institute of Statistics, the informal sector employs approximately 90% of the total active population and constitutes 89% of small enterprises.

This survey also revealed that more than 50% of Cameroonian entrepreneurs considered the business climate as “not good”. Among the many reasons proffered, taxation was the principal challenge, with corruption and access to credit following in descending order. Given this situation, the government decided to continue with fiscal reforms, beginning 2004, in order to improve the business climate and to finance industrial development. Worth noting is the fact that the very first set of fiscal reforms in Cameroon took place after 1994, with the devaluation of the Franc CFA. The aim of this initial set of reforms was to increase tax revenues, which had witnessed rapid depletion as a result of falling oil and export commodity prices, as well as the need to comply with the conditions set forth in the World Bank’s Structural Adjustment Program (SAP).

What therefore, is the effect of the recent fiscal reforms on the general level performance of Cameroon’s SMEs from 2009 to 2017?

I. THE LIMITS OF TAXATION

Taxation refers to the imposition of levies or the process through which public authorities or government directly or indirectly raises revenue from the public. In general, taxes can be either direct or indirect. Income taxation is a good example of a direct tax while an example of an indirect tax is the value added tax (VAT) on goods sold. Generally, the number of taxes varies from one country to another.

According to Arthur Laffer, economic adviser to former U.S. president Ronald Reagan, there exists a limit to which an increase in taxes leads to more government revenue. According to his thesis demonstrated by the Laffer curve: “Too much tax kills tax.”

In other words, there is a certain point at which a slight increase in the taxation rate will discourage private economic agents from paying taxes. That point is the optimum taxation rate of the economy. It is the point that maximizes government fiscal receipts and, above that point, we have the emergence of fiscal malpractice, corruption and incentives for evasion.

The Laffer Curve is shown below: 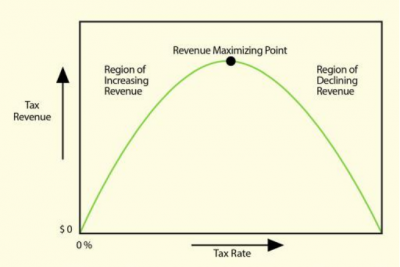 The Laffer curve demonstrates a two-sided effect of fiscal policy on the dynamism of the private sector in an economy. The first effect, the positive effect, supports that a favorable fiscal regime acts as a catalyst for the development of startups, foreign direct investment and private investment. The second effect, which is negative, demonstrates that an unfavorable tax rate negatively affects investment decisions, economic growth and employment. The challenge for governments, including Cameroon, is to determine the revenue maximizing point— provided they can assure an adequate revenue collection system.

II. TAXATION AS A MARGINAL OBSTACLE TO SMEs DYNAMISM IN CAMEROON

According to the 2016, World Bank Enterprise Survey tax administration and tax rates are not the significant obstacles to SMEs performance in Cameroon. In fact, in 2016, only 7% of formal entrepreneurs considered taxation as a barrier to the development of their activities. Informal competitors, access to finance, access to electricity and corruption are currently the top constraints. This may appear paradoxical but it indicates that Cameroonian SMEs prefer to remain small rather than grow and have to deal with the taxation burden. In the same way, the real annual sales growth of Cameroonian SMEs increased in 2016 by about 4%, compared to the average in sub-Saharan Africa, which was less than 1%. Also, the annual employment growth in 2016 (6%) is greater than that of 2009 (4%).
Additionally, looking at the Doing Business (2018) report, the business climate is changing in Cameroon. For example, it was ranked 163 over 190 in 2018; compared to 166 over 190 in 2016. Again, there is a relative stability of some indicators like the imposition rate as a percentage of commercial profits; 18.5% since 2005.

In conclusion, we can say that taxation is not, actually, a major and significant obstacle to the performance of formal Cameroonian SMEs in general; and the dynamism of the private sector in particular. However, taxation remains a huge constraint informal SMEs are facing. Also, the informal sector remains the biggest obstacle faced by formal Cameroonian entrepreneurs.

Therefore, government authorities should continue with fiscal reforms in order to reduce the weight of the informal sector in the economy and collect more fiscal receipts.

Secondly, by encouraging informal companies to regularly practice accounting, government authorities can easily raise more revenues through the profit tax. However, a conducive business and investment environment is a prerequisite. 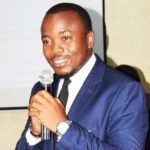