Cameroon: The consequences of unintended pregnancies is alarming

Unintended pregnancies (UPs) involves pregnancy cases that at the time of conception were unfortunate, unprepared or unwanted. It includes accidental pregnancy, which is defined as a pregnancy that was undesired for one or both of the partners. UPs are classified among the most inconvenient  public health problems and main reproductive health issue globally imposing serious socioeconomic burden on individuals and their society. In Cameroon, the state of UPs raises major contemporary issues given the negative effects it inflicts on families and their communities, women of childbearing age and children, especially among those under-five years of age. This paper seeks to elaborate on the consequences of UPs, but before then, it is necessary to elaborate on the causes of UPs.

Lack of Access to Family Planning and low use of contraceptives

Lack of access to quality family planning services and low contraceptive use contributes to a large number of unwanted and mistimed pregnancies. In Cameroon, approximately 2.3 million women of reproductive age want to delay having a child or want no more children. Of this number, 37% of these women have access to family planning and modern contraceptive method [1].  The remaining 63% have no access.

The transition in cultural norms over time has pushed many young girls to UPs. For example, recent research illustrates that there is now considerably less stigmatisation enclosing extramarital sex and out-of-wedlock childbearing than which was the case a few decades ago[2]. Incentives to avoid pregnancy are equally constrained by the pervasive cultures in some Cameroonian communities especially the north and eastern regions of the  country that practice early and forceful marriages on their young girls.

According to UNESCO 2016, 70% of Cameroonian women lack access to basic primary education and end up being illiterate [3]. With the political instability in the far north, southwest and northwest regions the situation threatens to rise due to under-enrollment and school dropouts which are significant problems that hinder the full coverage of primary education, especially among girls.

Consequences of unintended pregnancies(UPs) in Cameroon

Cameroon is ranked 18th among 20 countries in the world with the second largest contributor to the under-five and maternal mortality rate globally [4]. According to UNICEF, approximately 861,000 babies were born in 2017 in Cameroon, an estimated figure of 2,400 every day [5]. Within which approximately 56 newborns died each day before reaching their first month and approximately 45 stillbirths occur every 24hours. UPs may have several effects on the health of the mother and child. It may affect attitudes and behaviors in parenting and eventually have a negative impact on child development. The parent might show little or no care to the child during and even after birth which in most cases causes the child to develop ill health and die. It is equally the root cause of abortion in which in some cases claim the life of the mother as well.

Just like maternal health, UPs are a risk factor for poor maternal mental health including perinatal depression, stress, and lower levels of psychological well-being and life satisfaction. It increases the risk of maternal depression and parenting stress. This may cause poor relations between mother and offspring, even after the child has been delivered. Due to this poor parental relationship, the child might be exposed to diseases such as malaria, pneumonia and other respiratory diseases, diarrhea, neonatal disorders which are common diseases presently plaguing Cameroon. With regards to the mother, as with any surgical procedure, abortion carries an inherent risk of medical complications, including death. She might be exposed to hemorrhage, uterine perforation, cervical injury, and infection, which are complications often directly related to incomplete or poorly done abortion. In a Later case, it might have possible negative effects on subsequent pregnancy outcomes, particularly low birth weight, mid-trimester spontaneous abortion, premature delivery, and infertility.

It is known that 40% of Cameroon’s population lives below the poverty line, which is less than $1.90 per day [6] and human development indicators remain low, especially in rural areas. With the current insecurity issue in the Noth West, South West and far north regions the situation threatens to be worst. Studies suggest that UPs have a significant negative impact on a nation’s economic performance and growth which directly results in poverty [7]. Again, this evidence suggests that unintended pregnancy is one of the most critical challenges imposing significant financial and social costs on society. With the rampant cases of unsafe and illegal abortion, the cost of treating a woman for complications of unsafe and illegal abortion is considerably higher than even the cost of providing medical and safe abortion which are contributing factors to poverty.

The following solutions are proposed to counteract the causes of UPs as elaborated;

Modern methods of contraception and access to family planning services have vital roles in preventing unintended pregnancies. WHO indicated that 85% of women who stopped using family planning became unintendedly pregnant during the first year [8]. Putting in place policies that promote funded family planning services has proven to aid some women especially the less privilege to avoid pregnancies they do not want and plan pregnancies they want. For example in the United States in 2014, these systems help 2million women avoid UPs, which might have been linked to 900,000 unplanned births and approximately 700,000 abortions [9]. Also, educative programs on the correct use and subsidizing of contraceptives are a reliable measure to improve contraceptive use.

Against some cultural norms

Encouraging taboos against premarital sex as was in the case in the old days is a  remedy that needs consistency by policymakers in its action. Also, education through radio stations on the adverse effect of early or unwanted marriages are essential in discouraging tranditions that encourages uintended pregnancies.

Encouraging female education especially at the primary level and incorporate the basic reproductive health syllabus at the later stage in primary schools is essentiall in preventing UPs.

In summary, UPs have serious paralysis on the health and economy of every nation. Taking active measures on preventing UPs is crucial to attaining Cameroon vision 2035 of economic growth and prosperity. 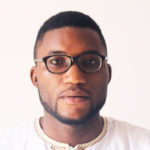 About the Author: MOHAMED ISAH