In the face of the multiple socio-political crises that Cameroon is experiencing, the form of the state is now being debated, against the backdrop of the issue of governance. Seen in its political, administrative or financial dimensions, state governance has failed miserably in terms of socio-economic development issues. To remedy this, the public authorities recognize the need to complete the decentralization process. Is this commitment, which is regularly reinforced by the media, a way out of the crisis? From a legal point of view, the evolution of the decentralization process is marked by two fundamental requirements: the transfer of powers on the one hand, and the subsequent transfer of resources to exercise these powers on the other. Since 2010, the central executive has been committed to the transfer of powers to local authorities. However, the principles of complementarity, subsidiarity and even concomitance mark the return of the state, whereas decentralization implies a priority of action for the decentralized communities. In this respect, the transfer of powers is accompanied by the transfer of resources, in particular local taxation and allocations from the State budget.

I- Incompatibility between the treasury unit and financial decentralization

Logically, cash-flow units and financial decentralization of local governments do not converge towards the same goal. While the unity of the treasury promotes the centralization of the financial operations of all public entities in a single state institution, financial decentralization advocates the financial autonomy of local authorities. In fact, the principle of the unity of the treasury is a rule according to which there is a single treasury for all public entities, managed by the services of the Treasury. It should be noted, however, that the Treasury is a state institution and the principle of the unity of the treasury translates into the obligation to deposit funds there, including those of decentralized local authorities. This is in fact a centralization of assets that contradicts the very idea of decentralization. However, Law n°2018/012 of July 11, 2018 on the financial regime of the State and other public entities still enshrines the monopoly of the Treasury, as “except as expressly provided for in a finance law, public establishments of the State, territorial authorities and their public establishments are obliged to deposit all of their availabilities with the State” . It is specified that these resources are paid into and kept in a single account opened in the name of the Treasury at the Bank of Central African States (BEAC). For a long time, this centralization was justified by the fact that the infinite fragmentation of public funds into a multitude of funds weakens the unity of public accounting and paralyzes the financing of certain activities of general interest. And yet, this is the result of the implementation of this principle to the detriment of local authorities in Cameroon.

Combined with its corollary, the single cash register, the uniformity of cash flow means that all funds held by public accountants, regardless of the organizations that own them, are combined and used indiscriminately for the various services for which these accountants are responsible. However, in the context of a cash flow crisis, the State is inclined to give priority to its expenditures at the expense of those of the local authorities. As a result, funds originally intended for local governments are sometimes allocated to government spending as a priority. In the best of cases, these communities experience delays in payment, or they simply cancel some of their expenditures. However, even in the event of a cash flow unit, the local authorities have an account in the Treasury’s books and the idea has been put forward of creating an escrow account for their use. It therefore seems logical to revise the principle of the unit of treasury in order to give new meaning to financial decentralization in Cameroon.

It is no longer justified to maintain the cash-flow unit rule with its current implications in a context conducive to strengthening the decentralization process. One may be tempted to recommend the abolition of this rule without concession. But such a radical solution would raise other difficulties in the articulation of financial relations between the State and local authorities. Instead, it is advisable to implement the avenues opened up by the legislator to mitigate the impact of this rule.

First, it is a matter of taking advantage of the municipal and regional revenues whose creation is provided for by the General Code of Decentralized Territorial Communities (CGCTD). In fact, Article 454 paragraph 1 of this text states: “The funds of the local authority are paid to the regional or municipal revenue office or to the deposit and consignment office”. Under the terms of paragraph 2 of this article, it is clear that the revenues that are centralized for the purpose of equalization “may” be deposited in a sub-account in the Treasury’s single account. This sub-account should undoubtedly be transformed into an escrow account and, in the context of the revival of decentralization, it would be beneficial to reduce the funds held in it. These funds could be deposited at the Caisse de Dépôts et Consignations.

Secondly, subject to the express authorization of the minister in charge of finance, local authorities may open an account in a commercial bank under the conditions determined by a decree issued on his report. It is true that the prohibition on depositing government funds in a commercial bank was intended to avoid making them subject to the vagaries of the market. But with the increasing privatization of the management of public bodies, it seems interesting to place a category of funds intended for local authorities in order to facilitate their handling. The guarantees enjoyed by the financial sector limit concerns about the security of public funds in these entities.

Finally, Article 457 of the CGCTD provides that local authorities may, upon request, receive a cash advance on expected revenues, after a reasoned opinion from the minister in charge of decentralization and local development. However, it is still possible to extend this solution by creating a local authority advance account. It is true that this option requires a firm commitment from central government services to transfer powers to the local level. Thus, since urgent projects are carried out by local authorities, the State will logically give them priority over available funding.

While it appears that decentralization has been adopted by Cameroon’s leaders as the way out of the crisis caused by its territorial governance model, it is important to ensure that its implementation does not run into recentralization mechanisms. The seemingly innocuous unity of cash rule can be a major obstacle to effective decentralization. However, rather than arguing for its abolition, this study proposes to explore three mechanisms that would mitigate its negative impact on decentralization. These are the enhancement of municipal and regional revenues, the use of bank accounts and the creation of an advance account for decentralized local authorities. These measures will undoubtedly contribute to strengthening the financial autonomy of local authorities in Cameroon. 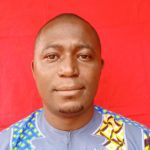 Dr. Nguimfack is a Research Fellow at the Nkafu Policy Institute and Lecturer at the Faculty of law and Political Sciences of the University of Dschang. He Holds a PhD/Ph.D in Public Law, option Public Finance.