Universal Basic Income: A Primer for Poverty Reduction in Africa

Universal Basic Income: A Primer for Poverty Reduction in Africa

Universal basic income (UBI) scheme provides regular payment in cash to everyone in the economy irrespective of their social, economic, financial, and political status. UBI has a direct effect on poverty reduction; this implies that providing cash to everyone in the society irrespective of their financial status will reduce the rate of poverty as citizens will be able to meet basic needs such as food, housing, and clothing especially if this basic income amount is above the poverty line. For others, UBI will only increase inequality and poverty especially in developing countries who lack finances to provide such income to everyone in the society (Robert, 2019). UBI is a simple and practical solution to eradicating poverty, by giving everyone a minimum income, regardless of whether they are young, old, employed or unemployed, the government can tackle poverty reduction (Centre for Social Justice, 2018).

More recently UBI has been a major issue of concern and it is seen as the answer to wider problems of technological unemployment, wealth inequality, mental health stability and social mobility. In India, UBI improved mental and physical health and in Namibia UBI program reduced household poverty from 76% to 37% in one year (Johanna, 2014).  The high poverty rate and the scanty nature of the UBI literature in Africa makes this study an important contribution to the body of knowledge and further enable policy makers to reflect on the implementation of UBI principle.

The objective of this paper is to analyze the effects of universal basic income on narrowing the poverty gap in Africa. The rest of the paper will bring out the role of UBI in poverty reduction, and propose some policy recommendations for the introduction of the UBI in Africa.

The role of UBI in poverty reduction

Supporters of UBI believe that it is a great opportunity to reduce poverty and inequality in the society. The introduction of a universal basic income would directly reduce poverty through giving poor individuals and households a guaranteed level of income. UBI will reduce poverty in the ways indicated below.

Firstly, UBI will improve access to quality education where education is globally recognized as a solution to poverty, as it opens many doors and opportunities such as access to the labor market, business creation and improvement of the employability rate. According to UNESCO (2017), if all adults completed secondary education, 420 million people could escape extreme poverty, thereby reducing the total number of poor people by more than one-half globally and by almost two-thirds in sub-Saharan Africa and South Asia.   With the provision of basic income, children can access education without having to work in the informal sector to support their parents. The lack of income leads to increased school dropouts and consequently early marriages especially amongst girls (Shahidul and Karim, 2015). UBI appears as a facilitator of access to education and thus an important element in the fight against poverty.

Moreover, the UBI will enable households to have access to health. It is commonly said that health is wealth. This simply means that a healthy population would increase economic growth and reduce poverty. Universal basic income will increase an individual’ financial stability and health outcome since people will be able to afford health care services.  UBI pilots show improved outcomes in health and quality of life in several social determinants of health, including fewer instances of distress, mental health, and improved child health outcomes.  In Kenya, despite the global supply chain disruptions caused by the COVID-19 pandemic, recipients of UBI-type payment reported fewer instances of hunger, illness, and depression. In the same light UBI payments made showed that schoolgirls were 38% less likely to suffer psychological distress in Malawi (Arne et al, 2017). This implies that, guaranteed income can help families be resilient during economic and health crises. This will increase growth and reduce poverty.

Finally, UBI will address inequality in all its forms which is a pre-condition for poverty reduction. The basic income makes it possible to provide financial assistance to the poorest while eliminating all monetary disincentives to return to work, even though surveys show that most recipients of minimum social benefits want to work beyond the financial interest it brings them (Guillemot, Pétour et Zajdela; 2002).  UBI is an effective tool to combat income poverty and empower everyone, starting with low- and median-wage workers (Marc 2019). UBI will play an important role in fighting inequality and reducing poverty in developing countries. UBI will provide an opportunity for individuals to meet their basic and essential needs including; food, shelter, clothing, health care, education, information, livelihoods, and social protection which will help ameliorate short term poverty.

In light of the above, a basic income is an important lever to be used by public authorities to reduce poverty. To this end, we recommend: 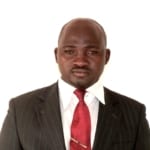 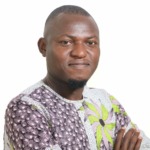