The Local Development Tax in Cameroon: of What Use?

The Local Development Tax in Cameroon: Of What Use?

Local finances are at the heart of decentralization and constitute a determining criterion in assessing the progress of the process. Indeed, the mobilization and effective management of local financial resources is a key issue in the effective implementation of decentralization. The expected effects of the latter – local development, local democracy, and local governance (CGTCD, 2019, Article 5 (2)) – cannot occur without a real capacity of decentralized local authorities to mobilize locally based resources. To ensure that locally based resources are provided to CTDs, the State proceeds with a transfer of taxation through laws on local taxation. In Cameroon, the law on local taxation adopted in 2009 determines the various taxes and duties that constitute the resources of the CTDs

Among the local taxes, a new tax has been introduced: the Local Development Tax (TDL). This tax is, according to Gérard Chambas, a consumption surcharge whose objective is to increase locally based resources and to overcome the difficulties of municipalities in mobilizing resources from indirect taxation (VAT, patent). In Cameroon, the legislator instituted it in 2009 in the article by law for specific objectives of financing certain local public services (I). However, by evaluating the impact of this tax on the development of localities, it is clear that the results are very inconclusive (II).

I. The Objectives of the Local Development Tax

Introduced by article 57 and following the 2009 law on local taxation, the TDL is a municipal tax “collected in return for basic services and services provided to the population, mainly public lighting, sanitation, removal household waste, operation of ambulances, water supply, electrification.” The Cameroon legislator instituted this tax to provide the communes with sufficient resources to finance the infrastructures relating to all these services. The TDL is levied at the same time as the personal income tax (IRPP), the discharge tax, and the license. It is levied by application of the rates set by the legislator in article 58 of the law and C58 of Book III of the General Tax Code (CGI) of 2022.

The allocation of resources from the collection of this tax is determined in Article 57, paragraph 3 of the law, and C57 of Book III of the CGI 2022. All workers in public and private sectors contribute to it.

Introduced in Benin in 1999, the local development tax has the central objective of providing municipalities with their own local resources (RLP) with low potential revenue from other local taxes. It constitutes an important budgetary resource for the Beninese municipalities. The objective of the Beninese legislator in creating this tax was to widen the budgetary space of municipalities that do not have enough sources of tax revenue collection. Unlike Cameroon, the TDL in Benin is based on economic activities: the production of cotton or other goods intended for export. From this perspective, municipalities can hope to increase their tax revenues and improve local agricultural production.

The reverse of this fiscal orientation would be inflation, a drop in consumption, and, consequently, a slowdown in agricultural activities. There is, therefore, a risk in basing the ODT on economic activities. It is possible to argue that Cameroon’s choice to base the TDL on the income of natural persons, the discharge tax, and the patent results from the lessons learned from the Beninese experience. Indeed, Cameroon instituted the TDL in 2009, 10 years later when it was instituted in Benin.

II. The Impact of the Local Development Tax

Local taxation as a local development strategy has a political and technical dimension, which requires specific capacities on the part of local elected officials for its development and implementation. The share of local taxation in the budget of municipalities determines the extent of their financial autonomy. It should be noted that this financial autonomy implies fiscal and budgetary autonomy favorable to local development.

Fiscal autonomy is assessed in that they can establish the base, set the rates, and ensure the collection of all of their local taxation. Apprehended in this way, it is clear that the Cameroonian municipalities practically do not benefit from tax autonomy because they can only set the rates and collect certain taxes in their entirety. The TDL is one of those taxes that they do not fully cover.

The decentralized State services (SDE), mainly those of the Ministry of Finance, issue the rolls and collect the income from local taxes and duties. However, this is not a Cameroon specificity. Indeed, as François Paul Yatta points out, “in most African countries, the rate and base of local taxes are determined by the National Assembly.”

The CTDs participate very little in determining the sources of their income. Exchanges with some local elected officials nevertheless attest that the sums recovered under the TDL are paid to them. However, the activities to be financed by this tax (public lighting, sanitation, household waste collection, operation of ambulances, water supply, and electrification) are not always carried out for the benefit of the population. When they are in most municipalities like the municipality of Guere in the Far North, it is with the help of funding from the Special Fund for Equipment and Inter-municipal Intervention (FEICOM) because the revenue is modest. Based on a study by Dorine Djuissi Tekam and al. on access to drinking water and sanitation in the district municipality of Douala V, it appears that despite the resources generated by the TDL, the supply of drinking water and access to sanitation services in base arises acutely in most of the communes in Cameroon.

Studies of the impact of local taxation in Cameroon are quite rare, hence the difficulty of globally evaluating the action of RLAs in the field. No evaluation of the TDL has been made so far; it is difficult to say if it achieves its objectives. If public lighting continues to represent 55 % of the State’s electricity bill even though the municipalities have jurisdiction in this area, there is reason to believe that the action of the municipalities in this area is ineffective.

Furthermore, Cameroon is one of the countries whose situation is most critical, with 34% of the population having no access to drinking water. A situation that questions the effectiveness of municipal investments in the “water” sector.

Faced with this observation, it is urgent, almost 13 years after the adoption of the law on local taxation, to evaluate the action of the CTDs on these services financed by the TDL and to evaluate the impact of the latter on the capacity financial resources of CTDs to act in these areas. 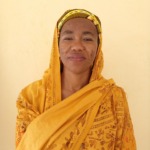