Development is one of the main priorities of the United Nations. Development is a multidimensional concept that seeks to achieve a higher quality of life for all people. Economic development, social development and, environmental protection are interdependent and mutually reinforcing components of sustainable development.

Africa is one of the fastest-growing continents in the world today. The private sector plays a great role in terms of job creation and employment. Constrained by a crippling environment and burdensome government policies for decades, Africa still hosts a majority of the least developed countries of the world. The private sector is said to have a major role to play in Africa’s development, a situation which Elumelu (2019) describes as ‘Africapitalism.’

According to Elumelu (2019) Africapitalism represents the belief that the private sector in Africa has a critical role to play in the continent’s development. For Africapitalism to hold, some basic principles have be put in place. These include entrepreneurship, long-term investments, investment in strategic sectors, and regional connectivity amongst others. Africapitalism lays emphasis on private sector growth as the primary driver of Africa’s development. It calls for a new kind of capitalism for Africa: one that focuses on long-term investment in key sectors of the economy to spark the growth of African-owned businesses, stimulate the creation of jobs, and guarantee sustainable economic growth. Essentially, africapitalism embodies a private sector-led approach to solving some of Africa’s most intractable economic growth and development problems.

Unfortunately, there are some factors that limit the ability of the private sector to effectively drive growth and development in Africa.

This article’s departure point is nothing more than bringing to a sharper focus the concept of africapitalism as a key to Africa’s development. It examines some of the reasons why the private sector in Africa has not made significant strides in affecting the socio-economic development of the continent. We also propose some recommendations that can help in moving the continent forward.

The Corruption Perception Index ranks 180 countries by their perceived levels of public sector corruption. According to Transparency International’s 2019 Corruption Perception Index, Africa is the lowest scoring region on the corruption perception index (CPI) with an average of 32. Four African countries are at the tail of the list: Equatorial Guinea (16), Sudan (12), South Sudan, and Somalia (9). The results of several World Bank corruption surveys illustrate this inverse relationship between corruption and economic growth which reflects the statistics on corruption in the less developed parts of the world. According to the Global Competitiveness report 2012/2013 by the World Economic Forum, corruption was ranked as one of the top two barriers to doing business in two-thirds of the Department for International Development’s (DFID’s) main partner countries. According to the International Finance Corporation of the World Bank Group, corruption impedes long-term and fixed investment. It is a serious problem for small and medium-sized enterprises which make up over 90% of businesses in Africa. It doesn’t only limit their growth but causes the collapse of some thereby limiting the ability of these small and medium-sized enterprises to contribute to economic growth and development as the principle of africapitalism stipulates. It undermines investment and discourages private sector growth. According to Van Rijckeghem and Weder (2001), in less developed countries, there is an inverse relationship between the level of public sector wages and the incidence of corruption. While it is generally perceived that the private sector is a victim of public sector corruption in Africa, less attention is given to corporate and private sector corruption which is increasingly becoming prominent.

Political conflicts and insecurity remain a major challenge and barrier to long-term investments and the growth of private businesses. In sub-Saharan Africa, crime, jihadist, insurgency, and communal violence are all facets of the current active conflicts. Country-specific factors drive armed violence in Cameroon, Central African Republic (CAR), the Democratic Republic of the Congo (DRC), Lake Chad Basin, Mali, Nigeria, Somalia, South Sudan, and Sudan, while at the same time initiating, prolonging, or exacerbating conflicts in neighbouring countries. According to statistics from the Fragile States Annual Report 2019 by Fund for Peace, 70.96% of countries classified at the bottom-most fragile on alert are in Africa. Specifically, sixteen of twenty- two countries at the Alert category, three out of four under the high alert category, and three out of five on the very high alert category were African countries. For the both categories we have Democratic Republic of Congo, Syria, South Sudan, Somalia, Cameroon, Togo, Tanzania and Yemen. This political and governance atmosphere reinforces the widespread image of Africa as a risky place to invest. This discourages foreign direct investments in Africa’s private sector which should play a major role in Africa’s economic growth and development according to the principle of africapitalism.

The ease of doing business

The World Bank Doing Business Index measures different indicators that determine the ease of doing business in 190 economies. These indicators include:

The score of most African countries in the above indicators has been poor. This explains how challenging it is for private sector firms on the continent. According to the Doing Business 2020 Report, it takes nearly six times as long on average to start a business in the economies ranked in the bottom 50 as in the top 20. According to the Doing Business Report 2020, 29 out of the 50 countries ranked at the bottom are from the African continent while only 2 African countries (Mauritius and Rwanda) figure in the top 50. The position of African countries in the ease of doing business rankings goes to show how difficult it is for businesses in the private sector. The challenges faced concerning the indicators above do not encourage long term investments or growth of businesses.

Physical contact and cash payments fuel corruption in the public sector. Digitalizing public services and payments efficiently, putting in place preliminary measures required might reduce corruption by half in key sectors. Digitalization will limit fraudulent practices and cash payments. It increases transparency and facilitates accountability. Payments will be made electronically into government accounts and are traceable.

Digitalization will strongly influence the ease of doing business in a country. It simplifies the procedures of requesting official documents, registration of businesses, making payments, and filing returns.

The Private sector has a key role and potential to drive economic growth, improve social and economic welfare, and reduce poverty in Africa. The principles of Africapitalism emphasize the role of this sector. Africa’s renaissance truly lies in the confluence of the right business and political action. Then, private sector development only comes in place after a strong foundation of preliminary actions.

Africa needs to offer compelling economic and business opportunities that can, meet a range of socio-economic objectives. Africa needs to overcome the various barriers discouraging long-term investments and business growth in the continent. Corruption, ease of doing business, political instability, and security are just some the major challenges to overcome. Addressing these challenges will significantly create a favourable environment for the private sector to positively impact growth and development in Africa, and reduce poverty which is currently affecting most African countries. 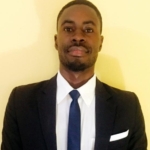 About the Author: Dinga Tambi