Perspectives on the Formalization of the Informal Economy in Cameroon

Perspectives on the Formalization of the Informal Economy in Cameroon

Informal sector practices are the third most frequently cited barriers – after corruption and administrative bureaucracy – for formal enterprises in sub-Saharan Africa (Moyo & Sibindi, 2020). To address this, many programs are being implemented to crack down on and penalize non-compliance. Policies are also being implemented for reducing registration costs and imposing taxes on informal activities and formalization campaigns (De Mel et al., 2014). The issues raised by these measures are fiscal and compliance issues.

From this point of view, the non-participation of the informal economy in tax revenues limits the action of the State, hence the need to formalize, by organizing informal channels into associations or interest groups, despite the tax and standardization challenges.

1. The Distorting Effects of the Informal Sector on Society

The formal sector in sub-Saharan Africa conforms to all tax regulations. This reality affects its competitiveness. It is estimated that large companies in sub-Saharan Africa, particularly in West Africa, pay 95% of taxes collected, while the informal sector, although it contributes nearly 50% of GDP, contributes only 3% of tax revenues (Benjamin and Mbaye, 2012). By levying only 10% to 15% of GDP, sub-Saharan African countries are unable to develop essential infrastructure to sustain the economy, generate productivity gains, make education and health systems more accessible, and improve the business climate.

Indeed, the ratio is very low compared to the 40% to 50% of GDP taken in developed countries. However, since the publication of Kaldor’s work (1963), there has been abundant literature on the need to change the tax structure to finance the productive and redistributive functions of the State. The challenges to reach that are major, but there are two mains challenges that have been raised by the literature: The challenge of taxing the informal economy and the challenge of institutional regularization.

2. The Challenges of Taxing and Regulating the Informal Economy

The Challenge of Taxing the Informal Economy: Proposing an appropriate tax system while respecting the principles of equity and efficiency is not an easy task (Gautier et al. 2001). Firstly, it is very risky to demand the payment of a tax by a population whose standard of living is very precarious, as is the case for the actors in the lowest bracket of the informal economy.

Too much taxation risks plunging this population into even more disastrous situations. Secondly, the sums collected may be small in relation to the administrative cost. Organizing the collection of taxes on informal activities and mobilizing administrative agents can be very tedious and inefficient. Thirdly, it is difficult to apply an accurate and fully adequate tax to different categories of informal activities when these are not documented. Lack of billing and accounting often forces administrative agents to make arbitrary estimates, with counterproductive effects (Ramírez-Álvarez & Maldonado, 2020).

The Challenge of Institutional Regularization: The other aspect of formalizing informal activities refers to compliance with several norms and regulations. Informal actors are outside the scope of taxation and cannot benefit from social benefits or claim labor rights. However, industrial relations in the informal sector are often unbalanced: abuse of power, discrimination, excessive working hours, lack of trade union representation, poor job security, and more. The close link between job quality and labor productivity is well established (Golden, 2012). Moreover, the risks generated by this situation in terms of contractual uncertainty and income instability severely limit access to credit, an engine of growth and development. And although legal benefits exist, they are not always accessible, either because of a lack of information, because they are inappropriate, or the eligibility conditions are too selective. As a result, ill-considered attempts to normalize informal activities risk being at best ineffective, at worst suffocating the most vulnerable. The challenge of formalization is, to this end, to generalize access to the fundamental aspects of labor rights. These include social protection, health insurance, pension contributions, and respect for working hours, which would make it possible to ensure a better quality of employment. What could the State do to overcome those challenges and reduce the distorting effects of the informal sector on society?

The more informal there is in an economy, the less motivation there is to cooperate with authorities (Torgler, 2003; Torgler and Schneider, 2009). To encourage the acceptance of the tax and regularize the informal sector, the State – the Cameroon Chamber of Commerce, Industry, Mines, and Handicrafts – in collaboration with the members of each informal sector should:

The informal sector of the economy is significant in the national economy. While it is true that it distorts society and reduces state action, it remains true that remedying this distorted situation is challenging. The challenge of formalizing the informal economy arises in this respect. Hence there is the need for the CCIMA and the informal sectors to organize themselves in the association. This will enable the State to better control this sector and for the different sectors to collaborate with the tax authority to establish a climate of trust.

· Benjamin, N., & Mbaye, A. A. (2012). The informal sector in Francophone Africa: firm size, productivity, and institutions. The World Bank. 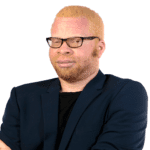