On the Resurgence of Military Coups d’états in Africa

On the Resurgence of Military Coups d’états in Africa

Military coup d’états are not new in Africa. Since independence, many African nations have been experiencing military takeovers. However, the beginning of the century saw a reduction in the trend. Just within the year 2021, Africa has had four successful military coups d’état, with two taking place in Mali, one in Guinea, and the most recent in Sudan – considered the champion of coups in Africa.

There was one unsuccessful coup attempt in Niger and an arbitrary military transfer of power in Chad after the death of its president – Idriss Deby Itno to his son: “Despite the reduction in their trend, the military takeovers signal a threat to democratic consolidation of the continent’s nascent democracies.” These brief x-rays the fundamental drivers behind the resurgence of these military takeovers and the attendant implications.

The African continent has been famous in the history of military coup d’état. On August 18, 1955, Sudan witnessed a failed military coup. The pre-independence 1955 attempt was followed by Africa’s first successful coup on November 17, 1958, thereafter. Since then, there have been 206 coup attempts across Africa (1).

The first successful military coup was carried out in Togo – West Africa – on January 13, 1963. The coups’ remarkable leaders — Emmanuel Bodjollé and Étienne Eyadéma, later called Gnassingbé Eyadéma and Kléber Dadjo — took over government buildings, arrested most of the cabinet. They equally assassinated Sylvanus Olympio, who was the first president, outside the American embassy in the capital city of Lomé. The coup leaders hastily brought back Nicolas Grunitzky and Antoine Meatchi, both of whom were exiled political opponents of Sylvanus Olympio, together to form a new government (2).

According to Gowan (2003), sub-Saharan Africa has had 80 successful military coup d’états, 108 failed coup attempts, and 139 coup plots in 48 independent sub-Saharan African countries between 1956 and 2001, with an average of four military coups a year (Figure 1).  Jonathan Powell and Clayton Thyne – two US researchers from the University of Kentucky – on their part have identified over 200 such attempts in Africa from the late 1950s to 2019. About half of these have been successful – defined as lasting more than seven days, and Burkina Faso, in West Africa, has had the most successful coups, with seven takeovers and only one failed military coup d’état (3). 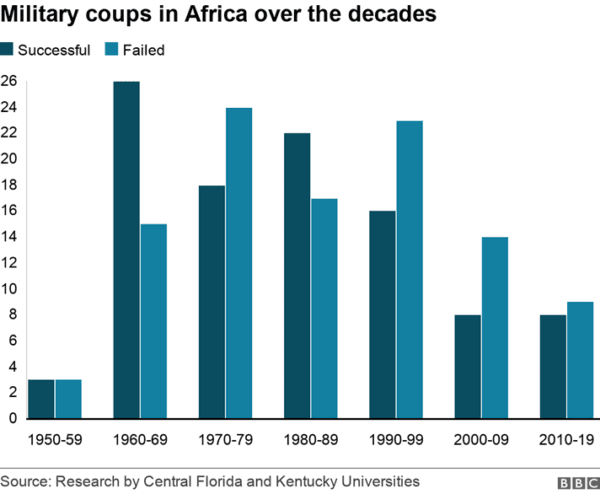 Figure 1: Military coups in Africa over the decades

The coups were widespread in the early postcolonial decades, and the coup plotters justified their reasons for the coup d’état on corruption, mismanagement, and poverty.

Of this number, Burundi has had eleven separate coups in her history. This number of military coups has been mostly spurred by the ethnic rigidities between the Hutu and Tutsi ethnic groups. Another country with the proliferation of Coup d’état is Sierra Leone. It experienced three coups between 1967 and 1968 and another one in 1971. From 1992 and 1997, the country witnessed five further coup attempts (4).

Ghana has also been a veteran military coup, with eight in twenty years. Her first coup was in 1966, which brought down the mighty Kwame Nkrumah from power, and a year later, there was a failed attempt by junior military officers (5). Sudan, the most recent of the contemporary military coups, has had 17 military coups d’état.

The country has been the epicenter of coups d’état in Africa. Out of the 17 attempts, seven have been successful (6). In fact, Sudan is the only country in Africa and the world with the highest number of military coups – the latest one on Monday, October 25, 2021 – when they overthrew the interim ruling council after days of street protest for the return to civilian rule. In total, Africa has experienced more coups than any other continent in the world. Figure 2 shows the countries with most of the coups d’état in Africa. 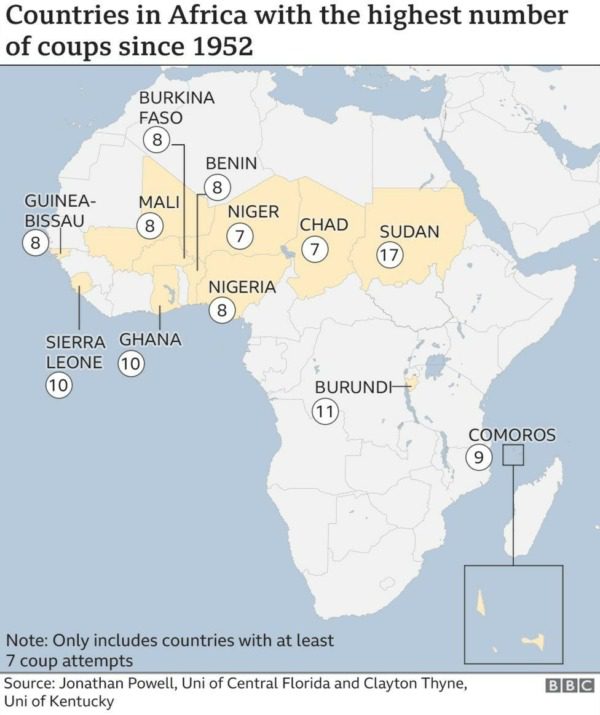 Figure 2: Countries with the highest number of coup d’états in Africa since 1952

The majority and prominence of these countries with military coups d’état lie in the Sahel belt of Africa.

A New Dawn in Coups in Africa

As the democratic wind of change that swept across in the 1990s is gradually emerging, there has equally been the resurgence of military coups that had one time been the hallmark of rulership in Africa. Little or no country in Africa had been left untouched by the coup syndrome – even if not successful but attempted. As the Arab Spring in the 90s, military coups are gradually showing their ugly heads at the demise of democratic processes in Africa.

Is it a signal that democracy cannot work in Africa or that politicians have trampled on the nurseries of African democracy, or that external neo-colonial influence in Africa, like a cankerworm, is attempting to gnaw Africa to its collapse for egoistic tendencies? – the answer to this is blowing in the wind.

Reasons for Resurgence of Military Coups in Africa

At the birth of western democracy in Africa in the 90s, the international community and the African Union and Regional Economic blocs, in particular, bolstered policies that could help trample on undemocratic and unconstitutional change of governments in Africa. For example, the military coup in Mali, whose orchestrators led by Captain Amadou Haya Sanogo that overthrew President Amadou Toumani Touré in 2012 was forced to relinquish power after spending just a month in the office to follow the democratic principles, etc., mitigated the upsurge of coups in Africa (7).

For about two decades of the democratic processes that came with euphoria in Africa, most politicians have not lived up to the democratic aspirations expected of them; rather, it would seem they have made their populace lose trust in them for the following reasons: bad governance, corruption, constitutional desecration, and dictatorship and socio-economic inertia, poverty, unemployment, to mention but a few.

Furthermore, given that the international and regional bodies have not adequately addressed the civilian coups in which elections are rigged, presidential term limits prolonged, and or transforming the presidency into a monarchy, this has prompted the military to take over with the claim of redressing the situation. In addition, the recent military coups that took place were not sanctioned; instead, the international community and the African Union seemed to appease them.

For example, the two recent military coups in Mali, the coup d’état in Guinea, were not concretely sanctioned apart from verbal condemnation. The unconstitutional military takeover in Chad was equally condoned by the international community, especially France, who is the master of the French African colony and the African Union. With this inert and lackluster action from the international community, other countries have taken to the queue since a bad precedent had been set, and Sudan has taken the queue. Which country is next?

“The legacy of military leaders who came to power through coups, such as Thomas Sankara, Jerry Rawlings, and Muammar Gaddafi, is still fresh in the minds of many Africans who prefer them to be autocratic and dictatorial democracies that do not seem to satisfy Africans, but which for some have triggered a nostalgia for the resurgence of an era of military rule.”

The military’s role is to protect and defend its citizens and not to rule them. Though not a prophecy of doom, other African countries should, regrettably, prepare themselves for the prospects of more military takeovers in the coming years if civilian rulership cannot guarantee the socio-economic development of Africans.

There may be prospects for richer countries and those with strong, accountable institutions as Botswana, Ghana, Kenya, Mauritius, or South Africa, but not in the poorer and more fragile or volatile countries such as Chad, Guinea, Mali, Niger, and now Sudan where successful coup attempts have just taken place.

Other African nations such as Cameroon, Central African Republic, Democratic Republic of Congo, Ethiopia, Nigeria, Somalia, and South Sudan, which have been enduring violent internal conflict for a number of years now, could follow suit if the current wave is not adequately addressed and poverty, underdevelopment, and insecurity tackled to the core.

About the Author: Tazoacha Francis