Cameroon’s strategic position in the heart of Central Africa has made it the epicenter of trade during both the pre-colonial and post-colonial periods. During the pre-colonial period, the exchanges were essentially based on barter and the sale of slaves between slave traders. But the end of the slave trade favored trade in new products such as palm oil, palm kernels and ivory. 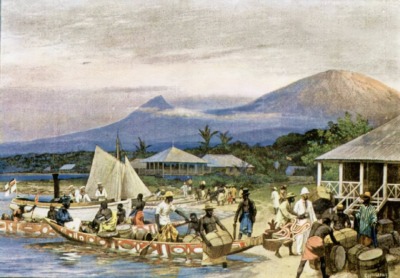 The current context is marked by the advent of the African Continental Free Trade Area (AfCFTA), a flagship project of the African Union, and considered vital to Africa’s economic development as it will foster increased intra-African trade, a practice that was already in use during the pre-colonial period. It is therefore interesting to study how the implementation of the AfCFTA can be boosted in light of our knowledge of what existed in the pre-colonial period.

This project is sponsored by our partner, the Initiative for African Trade and Prosperity (IATP) at the Vinson Centre for the Public Understanding of Economics & Entrepreneurship, at the University of Buckingham and will last for one year from August 2022 to August 2023.