After several years of instability following a civil war, the Central African Republic (CAR) is at the heart of a new reconfiguration of military cooperation with Russia. Taking advantage of the limitations of the traditional powers, notably France, Russia is today establishing itself as a privileged partner of the CAR. Indeed, the coming to power of President Faustin Archange Touadéra in 2016 helped redefine the chessboard of security cooperation between the CAR and world powers. Military cooperation between Russia and the CAR was established through the signing of a military cooperation agreement in 2018. This agreement unfolds around several economic, geostrategic, and even geopolitical issues. In a certain opinion, Russia’s growing involvement in the Central African Republic is part of a broader strategy of the geopolitical and economic reconquest of the Kremlin on the African continent.

I. The Downgrading of Traditional French Power in the CAR

With a view to contesting Western hegemony, the Russian offensive carried out in the CAR can be analyzed as a desire to downgrade the traditional power that is France in its pre–square or its zone of influence. In fact, the foundations of military cooperation between France and the Central African Republic are long-term. It began as soon as the CAR gained independence. France and the CAR notably signed a defense agreement on August 15, 1960, providing for French intervention in the event of an external attack or internal destabilization of the CAR. In the same vein, several agreements have been signed between the two countries. We can cite the protocol relating to the safety of military flights and aircraft concluded on July 18, 1966, the agreement concerning technical military assistance of October 8, 1966, and the Convention relating to technical military assistance signed on August 4, 1979. This military partnership followed its course in 1997 with RECAMP (Reinforcement of African Peacekeeping Capacities) placed under the leadership of the European Union. This program was based on three pillars: education, training, and equipment. A new page in Franco-Central African military cooperation opened with the signing of a defense agreement on April 8, 2010. Described as the “second generation” of defense agreements, this security partnership is centered on the training of personnel, equipment, and intelligence exchanges. This is how the French commitment in the CAR will materialize with the launch of Operation Sangaris on December 5, 2013, in accordance with Resolution 2127 of the UN Security Council. Thus, since 1960, France appeared as an essential strategic partner of the CAR in terms of defense and security.

The coming to power on March 30, 2016, of President Touadéra will contribute to the questioning of the military hegemony of French power in the CAR. The new regime in power in the CAR will diversify its cooperation by establishing a military partnership with Russia. ” The Empire of the Tsars ” takes root in the Central African Republic and now presents itself as a partner of choice. This reorganization of cooperation leads to a sort of rivalry between France and Russia. This rivalry was manifested in particular by the freezing of French budgetary aid to the Central African Republic and the suspension of military cooperation between the two countries on June 08, 2021. In the same vein, the European Union (EU) announced the suspension of its military training missions with the Central African Armed Forces (FACA) on December 15, 2021. Specifically, the EU accuses the Russian private security group Wagner of interfering in the FACA command. The growing influence of Russia in the Central African Republic has led France to close its last base in Bangui. In the meantime, the CAR appears to be a vital space for Russian projection and offensive.

Furthermore, Russia has succeeded in occupying a prominent place in the heart of the ruling regime in the CAR. In April 2018, Valéry Zakharov was appointed as security adviser to the President of the Republic. The latter is a former customs police officer who worked in collaboration with the structures of the Wagner group. In addition, Russia ensures the security of Central African institutions and contributes to the stabilization of the regime of President Touadéra. To this end, the private company Wagner provides more than a thousand instructors to the Central African Republic and provides a large part of the training of the presidential guard and the security of state institutions.

President Touadéra has been able to take advantage of Russia’s diplomatic line, which is less restrictive and less demanding in terms of respect for values such as democracy, good governance, and human rights. Moreover, respect for sovereignty, recognition of other models of development, and non-interference in the affairs of States are the pillars of the Russian diplomatic line. Russia sent troops to secure the country during the elections in December 2020. Allied with the Rwandan forces, the Russian soldiers also succeeded in thwarting the rebel attacks which took place on December 21, 2020.

This military commitment, in turn, allows Russia to take advantage of the exploitation of natural resources in the CAR. This is how the Russian company Lobaye Invest Sarlu obtained a mining reconnaissance authorization in 2018 in the Yawa and Pama regions with the aim of identifying possible gold and diamond deposits in Birao, Bria, Ndele, and Alindao. With the agreement of the Central African government, the Russians exploited diamond and gold zones located in Boda (Lobaye prefecture) and Bakala (Ouaka prefecture). Still, in a logic of exploitation, Russia prospected the regions of Birao, Ndélé, and Bria by replacing the Chinese companies which had withdrawn at the end of 2017. Pursuing Russia’s geoeconomic interests in the Central African Republic extends to logging. A country with a wealth of forests, in 2021, wood was the main export good in the CAR. The company “Bois Rouge,” close to Russia, obtained an operation on February 09, 2021, with very advantageous conditions. The company has acquired the right to exploit a forest of 186,000 hectares in the prefecture of Lobaye. In view of the implications of the Russian-Central African cooperation, it is necessary that it is based on the principle of a win-win partnership generating reciprocal benefits and, in this case, for the Central African population.

Russia’s new African policy is first presented as a strategy of competition and downgrading of French power in its pre-square. It is precisely in this that security cooperation in the Central African Republic is reconfigured. The security cooperation that proceeds from RealPolitik allows Russia to extend its influence. Moreover, the autopsy of this cooperation, which seems worrying for Paris, offers another reading of the contestation of Western influence in Central Africa.

The analysis of the Russian projection in the pre-square of France makes us apprehensive about the competition between Western powers in Central Africa. The presence of new actors then leads to a rivalry that is sometimes tacit, sometimes open, calling into question and profoundly modifying the patterns of representations of the Central African Republic in its relations with the outside world. 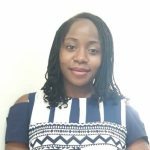