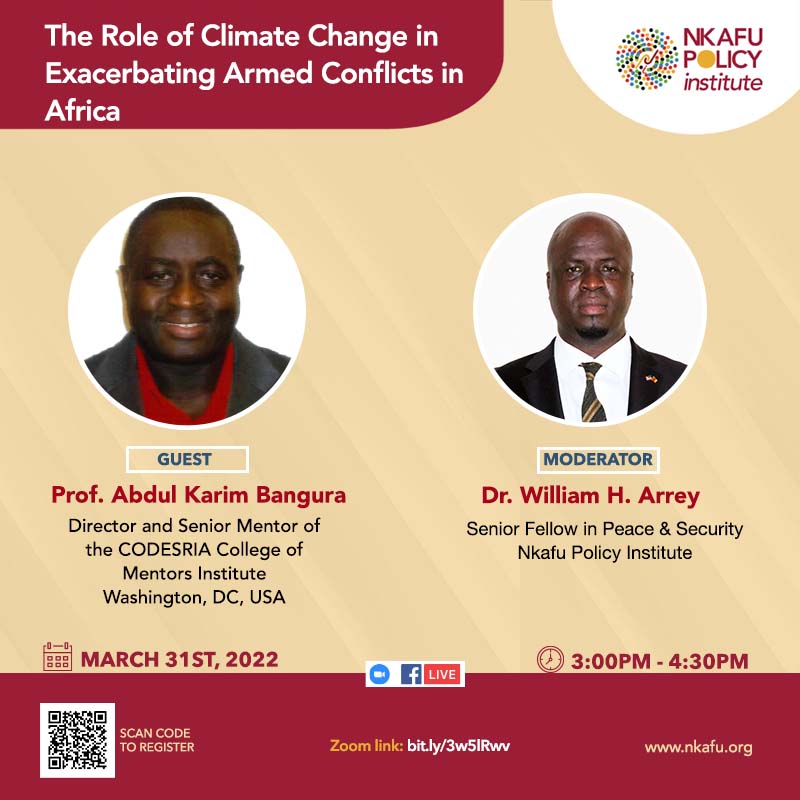 Climate variation worsens the natural disasters that orchestrate an important part in conflict exacerbation in Africa. With the increase of extreme weather events, food insecurity, there is the possibility of uprising of armed conflicts in fragile regions where weak institutions and economies, injustice, violence and social insecurity are already prevalent. Climate change has been widely documented as a “threat multiplier” due to its role of aggravating the traditional cause of conflict. The most shocking form is the way variations in climate influence competition over increasingly scarce resources.

Even though there is no clearly defined direct causal association between climate change and conflict, but under certain circumstances climate-related change can influence factors that lead to or exacerbate conflict. Nevertheless, it does aggravate security risks, including violent conflict. On this point, climate change is a ‘risk multiplier’, ‘fragility amplifier’ or ‘conflict catalyst’. For Africa, where there is before now a convergence of risks, it can initiate insecurity and armed violence.

Studies have somehow linked a 0.5°C warming with a 10% to 20% increase in the risk of deadly conflict. As a threat multiplier, climate change exposures and exploits prevailing susceptibilities. It deteriorates pre-existing tensions, weak governance, historical and colonial injustices and other socio-economic factors. This is apparent in parts of the Sahel, the Lake Chad Basin, the Horn of Africa and Southern Africa.

It is against this framework, that the Peace and Security Division of the Nkafu Policy Institute is organizing this discussion to debate on the ramifications of climate variation on conflicts in Africa.

2. Objectives of the Dialogue

The event’s objective is to examine the role of climate change in exacerbating armed conflicts in Africa and propose solutions to mitigate it. .

To produce a comprehensive and incisive evidence-based policy recommendations that stakeholders will take into consideration in addressing the said problems envisaged.

The following outcomes are expected at the end of the dialogue:

This event is organized by the Nkafu Policy Institute – a Think Tank at the Denis and Lenora Foretia Foundation.