Towards a Succession of Power From “Father to Son” in Central Africa? 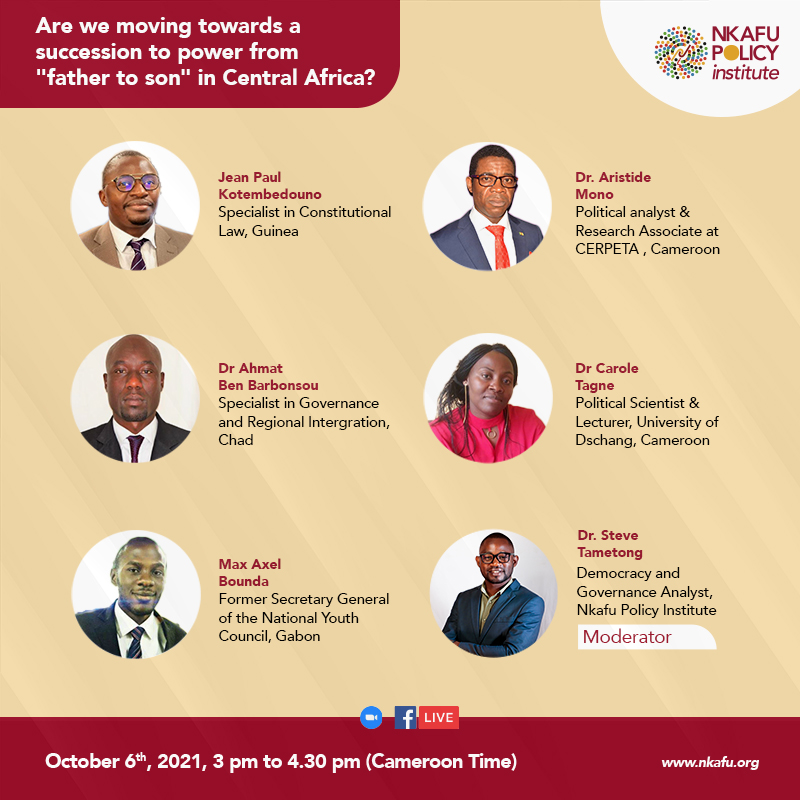 Towards a Succession of Power From “Father to Son” in Central Africa?

The democratic principle of the devolution of power through elections has a very particular fate in Central Africa. Indeed, the fashion seems to be for direct transmission or for the indirect arrangement of mechanisms that facilitate the succession/transmission of power from father to son. If the Central African Republic is on the fringes of this trend, the other five Central African states are not. In Gabon, for example, President Ali Bongo Ondimba succeeded his father, Omar Bongo Ondimba, who died in 2009, in 2010. In Chad, the international community has literally endorsed Mahamat Idriss Deby Itno to ensure the political transition in Chad following the death of his father Field Marshal Idriss Deby Itno on April 19, 2021. In Equatorial Guinea, the meteoric rise of Teodorin Obiang Nguema Mangué to important positions in the sphere of power suggests a desire to “position” himself in the supreme magistracy after his father, Teodoro Obiang Nguema, who has been in office for 42 years. The situation seems to be the same in Congo Brazzaville with the appointment on May 21, 2021 of Denis Christel Sassou Nguessou, son of President Sassou Nguessou, to the post of Minister of International Cooperation and Promotion of Public-Private Partnership.  In Cameroon, the idea of the succession of President Biya by his son, Franck Emmanuel Biya, is fuelled and supported by a movement called the ‘Franckists’.  Taken together, these facts are relevant enough to stimulate a public debate on the issue of power succession in Africa.

Objective of the dialogue

The objective of this public dialogue is to discuss the mechanisms of power devolution and to analyse the new trend of “dynasty” in Central African republics.

The public dialogue is open to everyone without restriction, including political entrepreneurs, private sector actors, chancelleries and international organisations, academics, civil society, students and citizens.