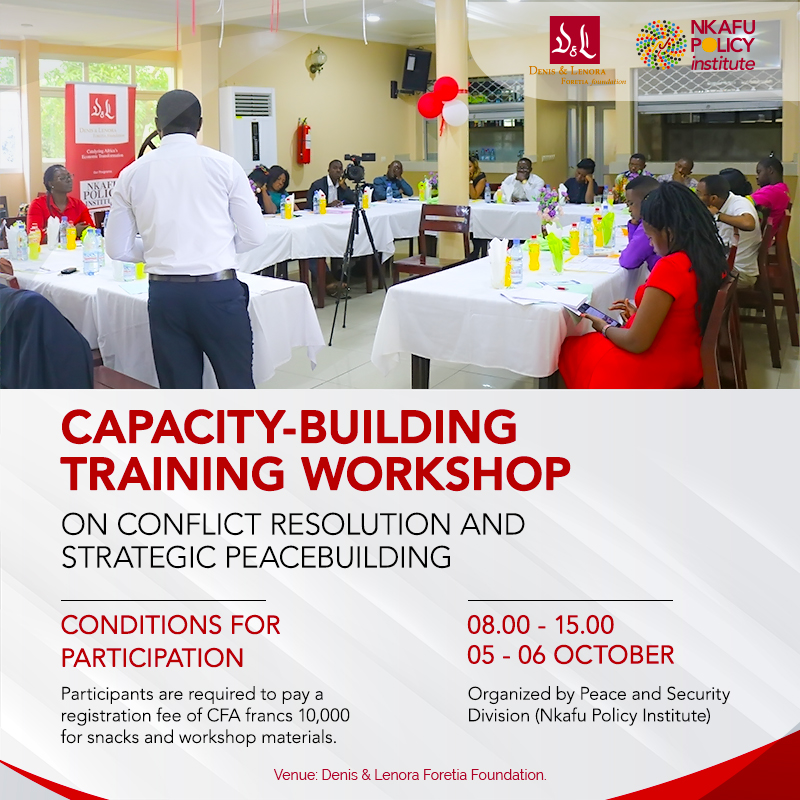 Conflicts, arguments, and change are natural parts of our lives, as well as the lives of every agency, organization, and nation. The United Nations Charter notes that the United Nations was founded to “save succeeding generations from the scourge of war.” Tragically, there have been over 250 armed conflicts since the Charter was signed in 1946. Sustainable Development Goal 16: Promote Just, Peaceful, and Inclusive Societies, calls for all Member States to promote peaceful co-existence among people. Some of its primary targets include reducing arms flows and combatting organized crime, as well as significantly reducing all forms of violence worldwide.

Today more than 600 million young people live in volatile and conflict-prone areas. Young people and women are disproportionately affected by the multiple and often interlinked forms of violence such as political violence, organized crime and terrorist attacks which have human, social and economic costs. In the past decade, the recruitment of young people into violent and extremist groups has led some to view youth as a threat to global security and stability. However, research shows that the number of young people who actively participate in violence is a small minority, while most of the youth are not prone to violence, despite the injustices, deprivations and abuse they can confront daily, particularly in conflict zones. Furthermore, a growing body of indication suggests that they can and do play active roles as agents of positive and constructive change, and the recently adopted Security Council Resolution 2250 on Youth, Peace, and Security and the UNSCR1325 on women and peacebuilding highlight this fact. They are a formal recognition of the positive role youth and women can play in the maintenance of international peace and security.

The maintenance of global peace and security is a cross cutting issue that is critical to achieving all the Sustainable Development Goals. Several organizations including UN offices are involved in the promotion and maintenance of international peace and security. It is in this light that the Peace and Security Division of the Nkafu Policy Institute is organizing a training workshop to train youth and women on conflict resolution and peacebuilding.

The main objective of this training workshop is to equip the target audience with solid foundation on conflict resolution and peacebuilding to minimize conflicts occurrences. Specifically, this training workshop is aimed at introducing to participants the strategies to prevent, manage and resolve conflicts, and build peace and social cohesion in their respective communities.

Participants are required to pay a registration fee of CFA francs 10,000 for snacks and workshop materials.

At the end of the training participants will be expected to acquire the following:

The training workshop will take place on 05-06 October 2022 at the Denis & Lenora Foretia Foundation Hall situated at Simbock, Yaoundé- Cameroon

This training workshop will be conducted by experts and consultants of conflict resolution and peacebuilding.