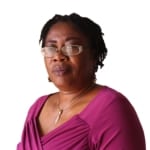 Fri Asanga is the Chief Operating Officer (COO) at the Denis & Lenora Foretia Foundation. Prior to joining the Foundation, she was the Coordinator for FinScope and MAP Cameroon where she oversaw the activities of the financial scoping consumer survey in Cameroon on behalf of UNCDF and FinMark Trust. 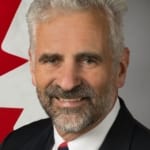 Richard Bale (BA, University of British Columbia, 1977; BA Hons, Laval University, 1981; MA, Carleton University, 1988) joined the Department of External Affairs in 1986 after working in northern Nigeria with CUSO from 1981 to 1983. At headquarters, he worked in various positions, including in Asian and North American Affairs. 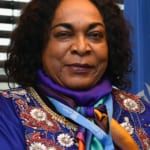 H.E. Dr Tchuente Madeleine  is the Minister of Scientific Research and Innovation in Cameroon. She entered politics at the birth of the Democratic Rally of the Cameroonian People and occupies in turn these different positions: Member of the National Office of the OFDRP in 1990, member of the central committee of the RDPC in 1997, member of the Political Affairs Committee during the extraordinary Congress of 1996, 2001 and 2006.

Achille Bassilekin III, is Assistant Secretary General in charge of Sustainable Economic Development and Trade. He is the Minister of Minister of Small and Medium Sized Enterprises, Social Economy and Handicrafts. As a career diplomat, Mr Bassilekin III joined the Ministry of External Relations of the Republic of Cameroon in 1993 as Desk Officer in the United Nations and Multilateral Cooperation Department and was appointed Service Head in the Department of Asian Affairs in 1997.   Prior to his appointment, he was Deputy-Head of the Permanent Delegation of the ACP Secretariat Office in Geneva (2008-2010). 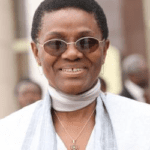 H.E. Marie Therese Abena is the Minister of Women's Empowerment and the Family. Prior to her ministerial appointment, she worked in environments such as universities and hospitals. She was notably a Professor at the Faculty of Medicine, University of Yaoundé I;  Vice-Dean of this faculty, in charge of research and cooperation; and Head of the Pediatric Department of the University Teaching Hospital (CHU) of Yaoundé. 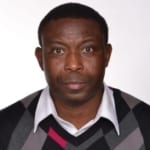 Cargele Masso is IITA’s COMPRO-II Project Leader since July 2012. Before his current assignment with IITA, Cargele worked as a regulatory officer in Canada. He holds a PhD in Soil and Environmental Science; MSc in Environmental Science; and MSc and BSc in soil chemistry and plant nutrition. He also holds a Certificate in Project Management. His scientific publications are in the area of soil analysis and improvement, and fertilizer quality. 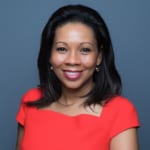 Rebecca Enonchong is founder and Chief Executive Officer of AppsTech, a leading global provider of enterprise application solutions. She is also cofounder and CEO of I/O Spaces, an inclusive coworking space in the Washington DC metro area. She is Board Chair of Afrilabs, a panafrican network of over 50 innovation centers. She is also Board Chair of ActivSpaces, an incubator in Cameroon, and She also sits on the board of Venture Capital for Africa (VC4Africa), of Salesforce.org and the African Media Initiative.

PANEL 2: Social Entrepreneurship and the Ecosystem for Science & Innovation in Africa

Jean Cedric Kouam is an Economic policy analyst at the Nkafu policy Institute. He holds a doctorate in economic policy and analysis (monetary and financial macroeconomics) from the University of Dschang in Cameroon. 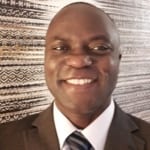 Flaubert Mbiekop Ouahouo has a Diplôme d’études approfondies in International Economics from the Programme de troisième cycle interuniversitaire, University of Yaoundé (1999), and a Ph.D. in Economics from the Université du Québec à Montréal (2006). He has presented papers in South Africa, in Côte d’Ivoire and in the Central African Republic, as well as in Australia, Canada, the United Kingdom, and the United States. 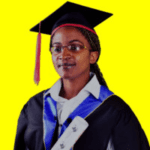 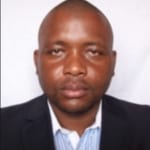 Prior to his doctoral studies, Fomba Kamga earned a Masters degree in finance and development economics at the University of Yaounde II-Soa under “Programme de troisieme Cycle Interuniversitaire en Economie (PTCI)”. He also spent several years working for the Center of Research in Economics and Management. 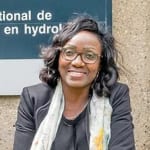 Uphie Chinje Melo is currently the Rector of the University of Ngaoundere. She is a Visiting Professor at the University of South Wales and has been a Managing Director at the Local Materials Promotion Authority (MIPROMALO) in Cameroon.
In 2009, Uphie was the recipient of the President of the Republic’s Prize for Best Researcher in Cameroon. She was also awarded, by Africa Reconnect, a dynamic women‘s group in South Africa, the recognition for accelerating positive change in her country as the African Frontline Researcher of the year in Africa. In 2017, she was recognized by the Network of African Science Academies (NASAC) and included in Profiling Women Scientists in Africa - A Publication on Inspiring Stories. 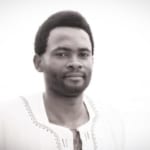 Herve Alain Napi Wouapi is a socio-environmentalist and lecturer at the Department of Rural Socioeconomics and Agricultural Extension (SERVA), Faculty of Agronomy and Agricultural Sciences (FASA), University of Dschang (UDs). He was newly appointed as research fellow – Agriculture and Sustainable Development at the Nkafu Policy Institute. 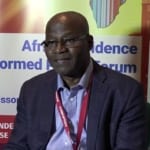 Dr. Diakalia Sanogo is a Senior Program Officer for the Think Tank Initiative based at IDRC’s Regional Office for West and Central Africa (Dakar). He obtained a Ph.D. in Agricultural Economics from Purdue University in the USA in 2001. Diakalia returns to IDRC after spending two years (May 2006 – July 2008) in the position of Impact Economist at the International Institute of Tropical Agriculture (IITA) in Ibadan, Nigeria. 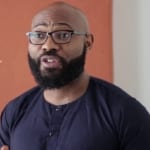 Steve Tchoumba did his studies in the United Kingdom. In 2012 he returned to his country Cameroon. Today, he manages 'ActivSpaces', the first tech-hub for start-ups in Cameroon. 'ActivSpaces' offers co-working spaces in Buea and Douala and an incubation program. 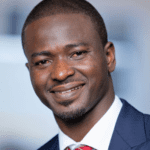 Nelson Amo is the CEO of Innohub Limited, a Business Accelerator and Impact Investment Platform. He the Executive Director at Ghana Tech Lab and founder at Accra Angels Network. He has experience in business development, business model innovation and project management in the profit and non-profit sectors. 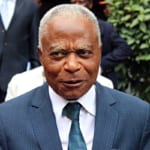 Laurent-Charles Boyomo Assala is a university professor and current director of the Higher School of Information and Communication Sciences and Technologies (Esstic). He also holds the position of Permanent Secretary of the National Communication Council (CNC) from Cameroon. 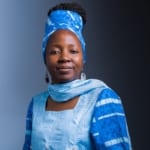 Kah Walla is the CEO of the firm STRATEGIES!, a Leadership and Management consulting firm that she founded in 1995. She was recognized in 2007 by the World Bank as one of the seven influential women entrepreneurs in Africa and was counted among the 150 women who move the world by Newsweek. 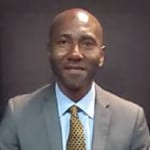 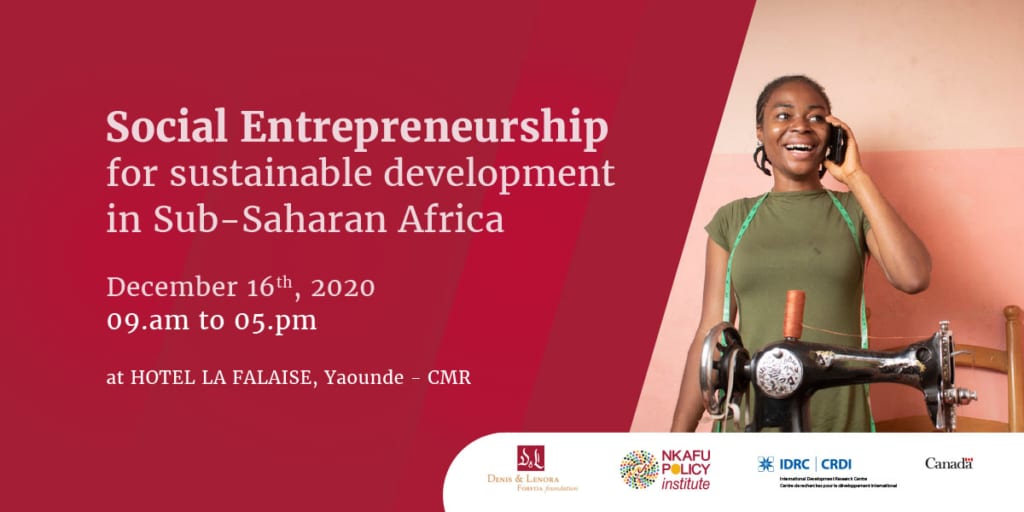