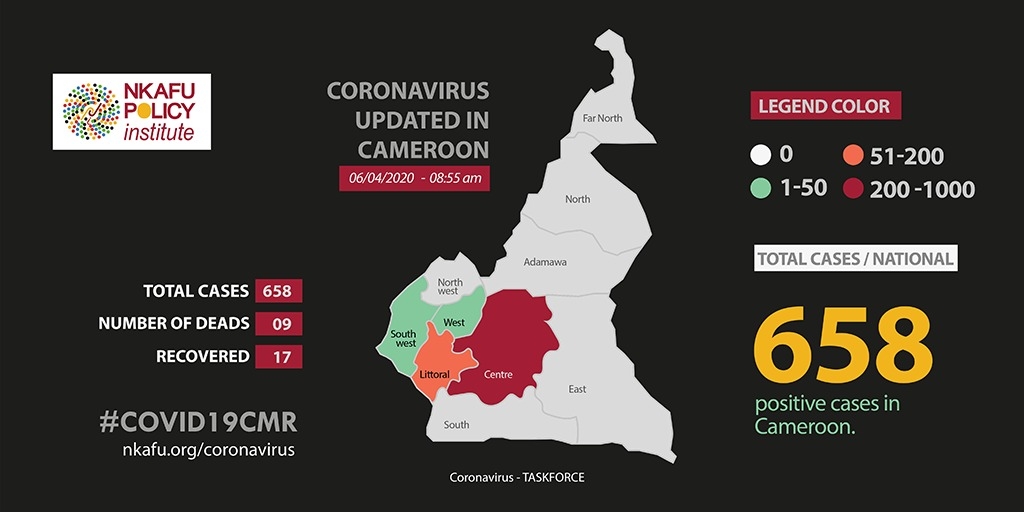 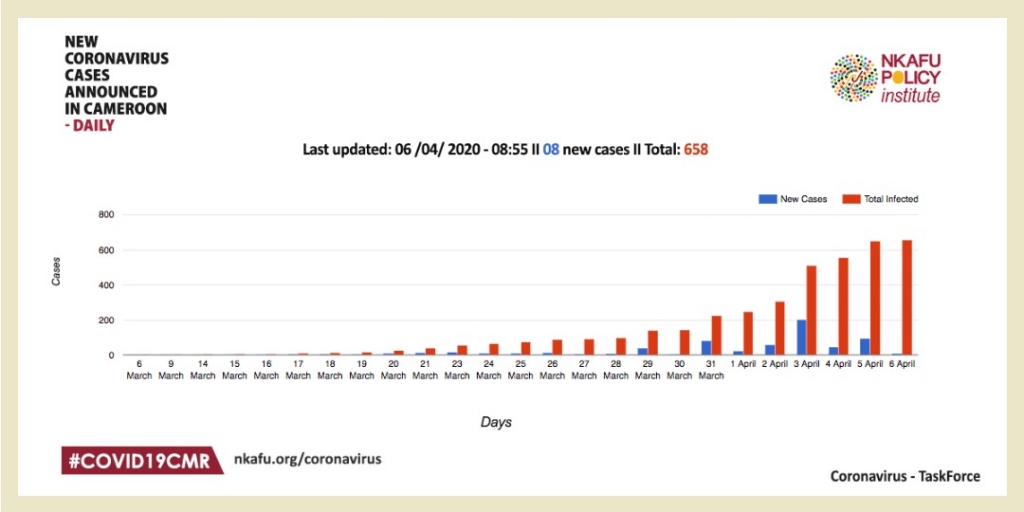 This fourth bulletin will focus on the case fatality rates for COVID 19. The Case Fatality Rate (CFR) refers to the proportion of people who die of a disease with respect to the number who have been confirmed as having the disease and it is usually expressed per 100. The CFR reflects the severity of the disease in a particular context, at a particular time in a particular population.

The covid-19 outbreak is one of the world’s deadliest pandemics so far. Case fatality rates differ considerably from country to country both in terms of magnitude and in terms of trends over time. During the early outbreak of the disease in China, the CFR was significantly high. It was 17.3% between January and February 20th but declined to 0.7% weeks later. Figure 1 shows the CFR in some selected countries up to March 31 2020.Italy has reported the highest CFR of 11.3%. 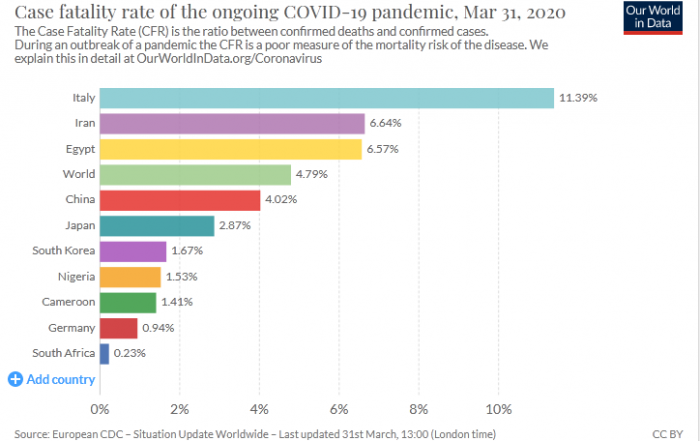 CASE FATALITY RATE DUE TO COVID-19 IN AFRICA

The COVID-19 outbreak in the WHO African Region has rapidly evolved over the past week, as reflected by the significant upsurge in the number of cases and the rapid geographical expansion of the disease. According to the last situational report of WHO AFRO on 18 March 2020 (External Situation Report 3), 11 new countries in the WHO African Region including Angola, Cabo Verde, Chad, Eritrea, Niger, Madagascar, Mali, Mauritius, Mozambique, Uganda, and Zimbabwe have confirmed 1, 371 COVID-19 cases as of the 25th of March.

On the 6th of March, Cameroon recorded its first case of Corona virus but the first death was reported about three weeks later on the 24 of March and by the 26 of March, the country had the second death. Between March 24th and 28th, the CFR was on the rise with the highest at 2.9%. By the 2nd of April, the CFR had slightly reduced to 2.5%. Figure 2 indicates the CFR up to the 2nd of April.

The number of tests carried out will affect the CFR. A case can only be confirmed by testing a patient. So, when the CFR between different countries is compared, the differences do not only reflect rates of mortality, but also differences in the scale of testing efforts. Reliable data is needed to give a clear understanding of the differences observed in CFR around the globe and how they should guide decision-making. This could help countries especially in Africa where the CFR is still lower to prevent the situation from getting worse. However, experience from the hardest hit countries indicates that, there is need for more commitment, collaboration, swift response, extensive testing and tracing and for individual’s to take responsibility of their health by adhering to preventive measures.